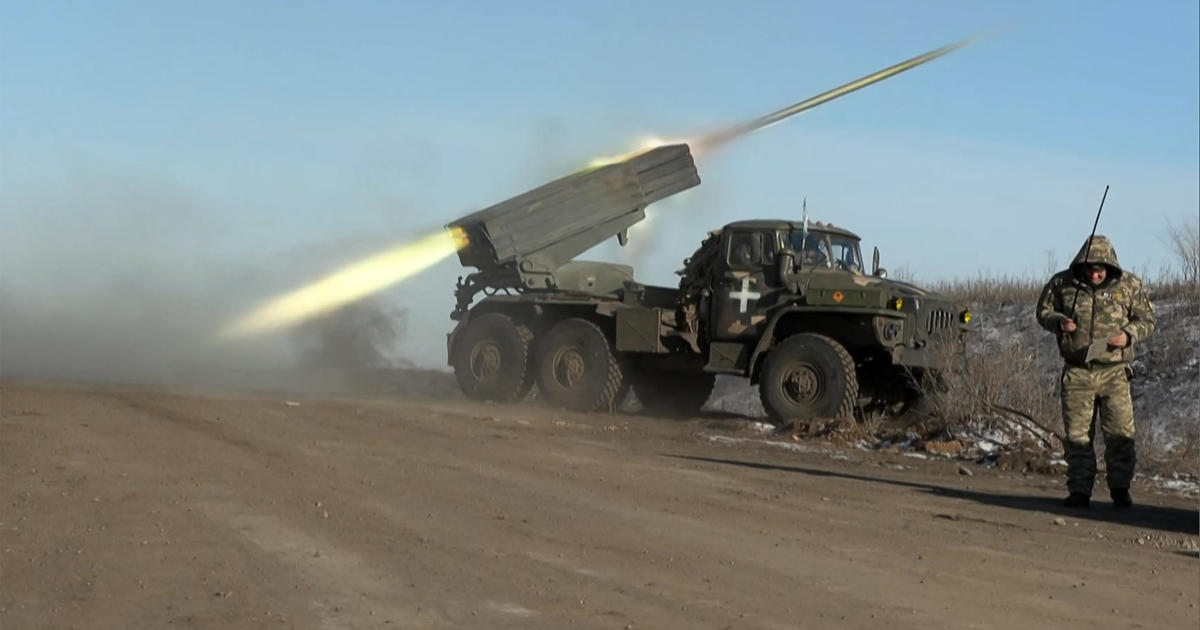 The struggle for war-torn Soledar in eastern Ukraine is one of the fiercest of Russia’s almost year-long campaign, with Moscow desperate for a victory and Kyiv keen to maintain its position. Here is what you should know about Soledar and why the war for this small industrial city is significant:

Soledar is a tiny salt mining town in the industrial Donetsk area of Ukraine, which is primarily occupied by Russia. Prior to the conflict, its population was only about 11,000 people.

Prior to becoming a battleground, it was recognized as Europe’s largest salt mine, and its 120 miles of underground tunnels now provide a tactical edge.

In Russian, Soledar’s name means “a gift of salt”

An infographic depicts the strategic places where Russian forces have intensified their assaults in an attempt to conquer the Ukrainian cities of Bakhmut and Soledar in the Donetsk region. Photograph by Elmurod Usubaliev/Anadolu Agency/Getty Images

Importantly, it is only approximately 14 kilometers from the primary prize for Russian soldiers, the city of Bakhmut. Moscow’s primary objective is to seize control of all of Donetsk, therefore seizing the city and neighboring Soledar would be crucial.

In contrast to previous urban fights in Ukraine, there are few residents remaining in the vicinity of Bakhmut and Soledar.

“Any victory is important”

After months of humiliating failures and diminishing military objectives, Russia would be able to sell a much-needed win at home if it captured Soledar.

Russian military analyst Anatoly Khramchikhin told AFP, “Any victory is important, especially because there hasn’t been a victory in a while,”

Russia claims hundreds were killed in the most recent strike on Ukraine, while Ukraine denies any fatalities. 01:26

However, commentators of the conflict were divided regarding Soledar’s strategic significance.

Under the condition of anonymity, one analyst stated that Russia’s acquisition of Soledar would be a “victory with little strategic value.”

For Ukraine, though, presidential adviser Mykhaylo Podolyak told AFP this week that Bakhmut and Soledar may serve as a springboard to reclaim Donetsk, which has been a bastion for Russia since 2014.

A conflict with a “high price”

The fight is particularly significant since both sides have made substantial investments in it. Russia and Ukraine have acknowledged that the battle is intense and that massive casualties have been sustained.

“It is the most bloody battle of this war,” Podolyak told AFP.

This still from an AFP video shows a soldier of the Ukrainian military averting his gaze as a BM-21’Grad’ MLRS 122mm rocket launcher fires on the outskirts of Soledar, Ukraine on January 11, 2023. ARMAN SOLDIN/AFP/Getty

Yevgeny Prigozhin, the leader of the Russian private military organization Wagner, described the clashes as “heavy and bloody.”

Russian advances, according to the Kremlin, have come at a “high price.”

“Our guys do not spare a thought about their lives… to give these tactical successes,” a spokesman added.

Neither side has provided a specific casualty tally, but satellite photographs of the devastated town reveal the scope of the destruction.

Wagner’s mercenaries demonstrate their worth.

In Bakhmut and Soledar, the expanding role of Russian mercenaries in the Ukraine conflict is most evident.

Prigozhin, a Kremlin-affiliated businessman, and Wagner’s public image have skyrocketed since the deployment of Russian troops to Ukraine in February of last year.

In an apparent effort to bolster Wagner’s reputation, he asserted that Soledar was attacked “exclusively” by Wagner fighters.

Khramchikhin stated that the group’s military role has been “quite important” and cited many advantages it has over the regular army.

The official armed forces, not just the Russian ones, are characterized by a greater level of training and fewer formalities and high-level bureaucracy.

The expert who spoke on the condition of anonymity stated, however, that despite the fact that Wagner’s ranks have swelled following a massive recruitment campaign — which included Russian jails — the organization does not play a “decisive” role in Ukraine as a whole.

The battle for Soledar has also shown widening divisions among Moscow’s forces in Ukraine, which are comprised of the Russian army, Wagner mercenaries, and east Ukrainian rebel groups.

However, the Kremlin instructed reporters to wait for “official” announcements, and the defense ministry argued that fighting was still occurring.

It is “obvious” according to Khramchikhin, that Wagner and the defense ministry would compete, given that Wagner is a private force.

Another researcher, Vasily Kashin, stated that Wagner and the defense ministry continue to collaborate.

They are unable to act fully independently since they are part of the same force.

He said, though, that “nobody knows” how they “interact in reality.”

According to commentators, tensions between the defense ministry and Wagner stem from Russia’s military participation in Syria.

»The realities behind Russia’s “most bloody battle” in Ukraine«