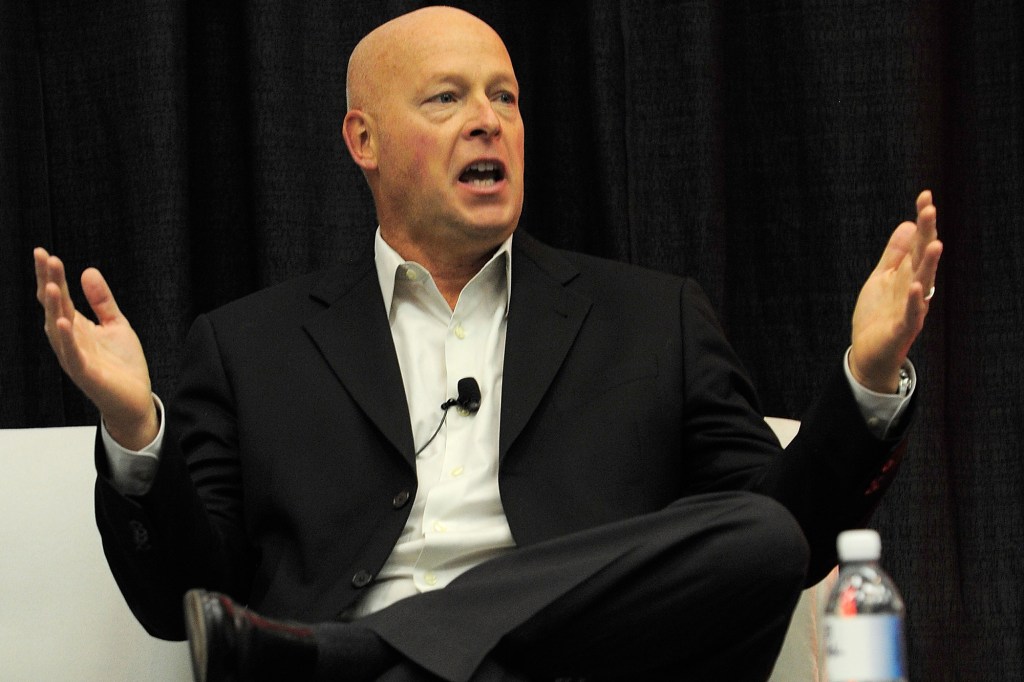 Investors on Wall Street were ecstatic to learn that Robert Iger will replace fired CEO Bob Chapek at the helm of the Mouse House, sending Walt Disney Co. shares up 10% in pre-market trade on Monday morning.

Disney stock is anticipated to flirt with an opening price of $100 per share when the New York Stock Exchange opens for trading on Monday.

The 71-year-old Iger was reinstated as chief executive officer by the company’s board late Sunday night, replacing his hand-picked replacement, Chapek, 62, who quits after a difficult two-and-a-half-year term that saw Disney’s stock collapse around 53% over the previous 20 months.

Chapek will leave his position at Disney much wealthier. According to Bloomberg News, his severance payout is worth more than $23 million, which does not include millions more if the company’s stock price rebounds to 2021 levels.

Bloomberg News reports that according to the provisions of Chapek’s contract, he is entitled to the full pay he was due to receive for the rest of his time as CEO.

Bloomberg computed Chapek’s leave compensation by factoring in his pension, basic income, and stock options, which he earned throughout his decades of service at the Mouse House.

This month, Disney posted weaker-than-anticipated fourth-quarter earnings — a dismal conclusion to a year in which the company produced record profits and sales from its theme parks, but suffered losses in its streaming and digital operations.

Susan Arnold, head of the board, said in a statement, “The Board has determined that Bob Iger is ideally positioned to lead the company through this important era as Disney embarks on an increasingly challenging phase of industry upheaval.”

“We appreciate Bob Chapek for his many years of service to Disney, which included guiding the company through the exceptional challenges posed by the epidemic.”

Disney’s news was unexpected, especially considering Iger’s repeated statements in recent months that he would not return to his former position.

Iger has also been an active investor in the startup sector, acquiring holdings in the toy brand Funko, the delivery service GoPuff, and the firm specializing in metaverse avatars, Genies.

Iger was apparently working on a follow-up to his 2019 biography, a book about leadership, prior to his appointment as Disney’s next chief executive officer.

Since departing Disney, the former CEO has become an occasional critic of his successor Bob Chapek and a media seer.

Keep up with the most vital news of the day

Evening Update brings you the most recent news.

Iger stepped out against Florida’s “Don’t Say Gay” law, but Chapek’s attitude earlier this year was inconsistent. Critics told The Post they hoped for an Iger return as rumors circulated that the company’s longstanding CEO regretted turning over the reins to Chapek after a series of mistakes.

The executive made headlines last week at a tech conference in Los Angeles when he revealed that Disney came close to acquiring Twitter in 2016.

Iger stated that the network was rife with “hate speech” and bots, echoing a similar accusation made by Tesla CEO Elon Musk as he attempts to back out of the $42 billion plan to acquire the social media site.

He also critiqued the environment of streaming services, stating that while Netflix, Disney, Apple, and Amazon have a strong presence, smaller newcomers would not do as well.

He stated, “They’re in a bad spot, and it takes a lot of cash to be in that company.” I do not believe they will all survive.