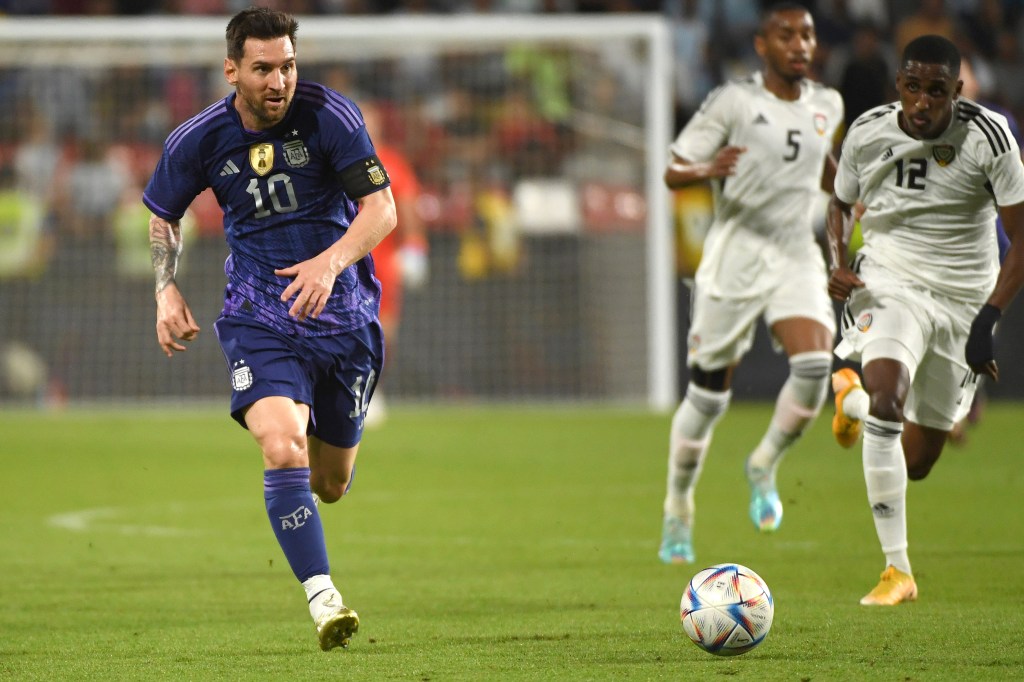 Never before has the World Cup been like this.

The 2022 World Cup will be contested in the Northern Hemisphere’s winter months for the first time in the tournament’s history due to the increasing summer temperatures in Qatar, the tournament’s host nation. As a result, domestic leagues are compelled to take a 6 1/2-week break during the World Cup. Historically, the World Cup was held during the offseasons of the majority of major domestic competitions.

This implies that national teams and their players have less time than normal to prepare and warm up before games. Stars have been eliminated from the competition due to midseason injuries, and managers have decided to choose players in better condition at the moment than struggling veterans with the most spectacular résumés. All of this has significantly altered the conventional understanding about the World Cup field.

Here is a look at the favorites, the underdogs, and the remaining teams in the 2022 World Cup:

The top candidates are dominated by traditional powers, including recent victors and familiar nations intent on breaking recent droughts.

Brazil, the most successful nation in the sport with five titles, has not finished in the top three in four tournaments since winning the World Cup in 2002, a tendency that weighs hard on the squad. The Seleco is one of the more experienced teams on the pitch, notably along the core of the club in defense and midfield, but their offense is bolstered by a variety of brilliant young players led by superstar Neymar. Brazil’s health, notably that of Neymar, has hampered the team in prior tournaments, but this year’s squad should have the depth to withstand hardship. On paper, no other team is more well-rounded.

The reigning champions will be without major contributors N’Golo Kante, Paul Pogba, and Presnel Kimmbe for their championship defense, but their absences have opened the door for the next generation of Les Bleus. Kylian Mbappe and Karim Benzema lead France, but newcomers William Saliba, Aurelien Tchouameni, and Youssouf Fofana must fill enormous shoes. How swiftly they can form a cohesive unit with their seasoned colleagues might determine France’s fate.

A new era has begun in Spain. No longer chemistry between Gerard Pique and Sergio Ramos at the back. No more Xavi, Iniesta, or Isco in the middle of the field. No longer will David De Gea serve as goalkeeper and Diego Costa as forward. No longer Fernando Hierro as manager. Under manager Luis Enrique, it led to the selection of one of the tournament’s youngest lineups, highlighted by the debuts of Pedri, Gavi, and Ansu Fati. Aside from its 2010 success, Spain has historically failed to place in the top three at the World Cup, having never finished in the top two (1982). Does a new period yield new outcomes?

Lionel Messi’s illustrious career is lacking one honor due to the fact that the 2021 Copa America is the only trophy he has won with Argentina. The Copa America is the lone international honour Lionel Messi has yet to earn. He withdrew from international service and moved away from the national team many times under disappointment and derision, never being able to equal Diego Maradona’s legendary success for the country, most notably ending as the 2014 World Cup runner-up. All of this may change with a one spectacular run, and there is a great likelihood that this is his last chance to obtain what has eluded him the most. His supporting cast includes Lautaro Martinez, Paulo Dybala, and Angel Di Maria, to name a few.

The most notorious underachievers in World Cup history, England has not won the tournament since 1966. Fans have shouted “It’s coming home” for years in anticipation of the championship returning to the birthplace of the sport. Following their sad second-place finish at the 2020 European Championships (held in 2021), the Three Lions will have one of their most competitive lineups in years. Harry Kane, Bukayo Saka, Phil Foden, and Raheem Sterling will head one of the most-watched squads of the competition, which is virtually completely comprised of Premier League players. Manager Gareth Southgate’s lineup selections will likely be examined closely.

Hansi Flick replaces Joachim Low and hopes to infuse new vitality into a German side that failed to advance past the group stage in 2018. Thomas Müller and Manuel Neuer, veterans who helped the side win the 2014 World Cup, still have life in them? This time around, Leroy Sane and Kai Havertz have supplied the club with a fresh energy. In the absence of Toni Kroos and Mesut Ozil, the responsibilities of Joshua Kimmich and Ilkay Gundogan will likely increase in the midfield for the squad.

Possessing elite talent but perhaps not the necessary depth to be a favorite, these sleepers have the potential to be much more if the stars align.

This team is so much more than simply Cristiano Ronaldo, who entered the competition by destroying Manchester United, his own side. Will this impact his connection with Manchester United teammate and co-star Bruno Fernandes? Despite the absence of Diogo Jota due to injury, Joao Felix and Bernardo Silva should be enough to intimidate any defense. Rafael Leo is a potential breakthrough prospect to keep an eye on.

The Netherlands return to the World Cup after shamefully failing to qualify for the tournament in 2018. Frenkie de Jong and Matthijs de Ligt will be competing in their first World Cup, while Virgil van Dijk and Memphis Depay will give an experienced presence. The 19-year-old Xavi Simons can make his mark on an international scale.

The “golden generation” of Belgium has progressed from underdogs to favorites to underachievers, reaching as high as third place in the 2018 World Cup. Under the leadership of midfield maestro Kevin de Bruyne, aging talents Eden Hazard, Dries Mertens, Romelu Lukaku, Thibaut Courtois, Toby Alderweireld, Jan Vertonghen, and Axel Witsel have their final chance to make a significant international impact together.

Even if he is 37 years old, as long as Croatia has Luka Modric, the country will be in the debate. The Real Madrid player led the Vatreni to the 2018 World Cup final and will return for what would likely be his final World Cup. The Croatians are usually a challenging opponent due to their roughness.

United States (one hundred to one)

The lineup of the USMNT, the youngest team at the World Cup, has undergone a drastic upheaval from the group that failed to qualify in 2018. Gregg Berhalter’s new core, comprised of younger stars playing at the top levels of European club soccer, won the Gold Cup and Nations League CONCACAF regional competitions in 2021, and cruised through World Cup qualification. Christian Pulisic and the supporting cast of Weston McKennie, Tyler Adams, Giovanni Reyna, and Brendan Aaronson live up to the anticipation.

Luis Suarez, who has left both legendary and notorious (bite) imprints on the World Cup throughout his career, will be the focal point once more, while Edinson Cavani will make his final appearance. However, youthful talents Federico Valverde and Darwin Nuez give sufficient power to sustain a lengthy run.

Aleksandar Mitrovic’s revival in the Premier League has provided Serbia with a real opportunity. Dusan Vlahovic and Dusan Tadic will join him in attack, and Sergej Milinkovic-Savic has become as one of Europe’s best central midfielders.

Alphonso Davies and Jonathan David propel a young squad competing in Canada’s second World Cup and first since 1986. The Canadians might become the tournament’s upstart darlings after displaying their threat throughout qualification.

Christian Eriksen’s comeback to the national team and international scene is remarkable after falling on the pitch during last summer’s Euros due to heart arrest. Eriksen will now be joined by Pierre-Emile Hjbjerg and Joakim Maehle. He is now a pillar of stability on an otherwise volatile Manchester United squad. This nucleus alone is sufficient to cause difficulty for anyone.

The remainder of the field
Wales and Gareth Bale prepare for the World Cup.
AFP Images via Getty

These clubs, who are virtually unheralded before the tournament, intend to play spoiler against teams that are poised for a run. Is there a hidden Cinderella somewhere?

In recent years, Gareth Bale and Aaron Ramsey have carried Wales, and this trend is expected to continue. It will be difficult for the United States to advance out of Group B.

Granit Xhaka, who is in the middle of a renaissance season with Arsenal, and Xherdan Shaqiri lead a senior group that includes Breel Embolo and Denis Zakaria as breakthrough potential.

Due to a leg ailment, Sadio Mane was forced to withdraw from the World Cup at the last minute. His disappearance will have a profound effect on the Senegalese.

Do you wager on the World Cup?

Robert Lewandowski, now perhaps the finest striker in the world, is capable of dominating any game single-handedly.

A youthful squad led by Thomas Partey has a chance to advance from Group H.

If Son Heung-min is ready to play despite a facial fracture, he will head a talented side in Group H.

In hopes of bringing the ferocity seen in South American qualification to the World Cup.

Can Achraf Hakimi and Hakim Ziyech make this squad competitive?

Only once in team history has advanced beyond the group stage.

Takehiro Tomiyasu leads a defensively formidable side that may be difficult to defeat.

The squad has the best chance of success if world-class goalkeeper Keylor Navas keeps the score low.

After a grueling qualification campaign decided by a penalty shootout, one of the oldest teams in the competition enters.

Never progressed beyond the group stage.

To qualify, consistently exceed the country’s financial and infrastructure restrictions.

Will be fortunate to earn a point.

Only listed since it is the host country.