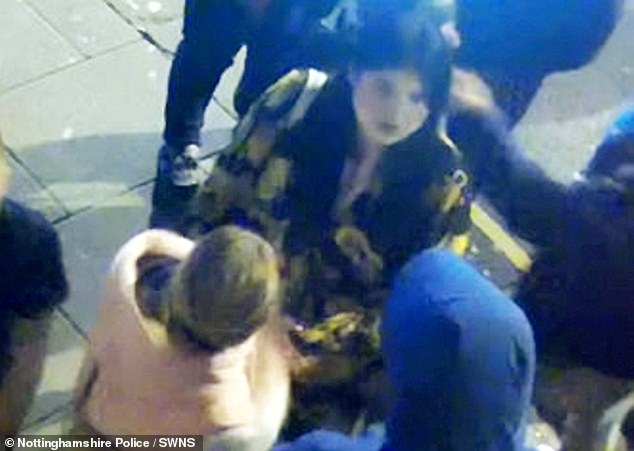 Police are searching for two young women captured on surveillance footage after a man was brutally assaulted in an early morning street incident.

The victim, who was in his 30s, was assaulted in the city center of Nottingham.

On November 5, 2016, at 4:40 a.m., police and medical teams were dispatched to Thurland Street in response to allegations of a man being attacked.

The man was brought to the hospital for treatment of his wounds.

The Nottinghamshire Police have published CCTV photos of two young women who they feel may contain important answers to the assault of a man in his 30s who was beaten up in the city center of Nottingham last November.

One of the women had a blonde ponytail and wore a pink and white sweatshirt, while the other had long black hair and a yellow and black patterned two-piece.

The Nottinghamshire Police have released CCTV photos of two young women who they feel may contain crucial information regarding the attack.

Detective Constable Helen Pannell stated, ‘We have been diligently piecing together what transpired that night and are now requesting assistance to identify these two females.

“Officers are seeking to speak with individuals who are believed to possess critical information that could aid their investigation.”

‘Fortunately, the victim did not sustain any life-threatening injuries, but this assault will have left him not only with bodily damage but also emotional scars.

We believe that they may have critical information that might be of great assistance to our investigations, and we ask them or anyone who recognizes them to contact us.