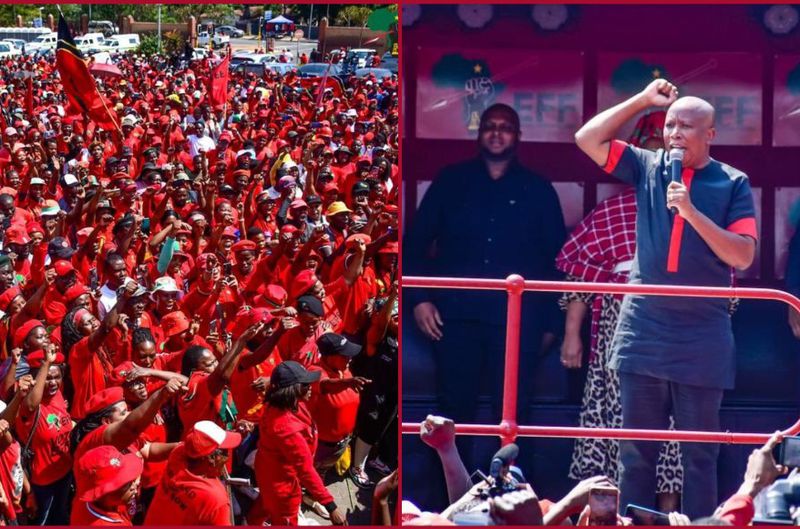 In addition to a high cost of living, high gasoline costs, and load shedding, South Africans will be required to pay more for nonexistent electricity beginning on 1 April 2023.

The head of the EFF stated on Twitter that South Africans should oust the ruling party from office. Before this can occur, President Cyril Ramaphosa must immediately resign.

“The picket lines are beckoning us. We cannot allow them to convert us into a nation of cowards; under Ramaphosa, everything has fallen apart, and we appear to be a defenseless people,” he remarked.

The party is well-known for organizing pickets and protests at various government departments, businesses, and schools in opposition to several daily socioeconomic issues confronting South Africans.
In the short time since its creation, the Facebook group March on Eskom has amassed close to 10,000 members.

Since there is no power, members of the group have claimed that their electricity bills have increased rather than decreased.

“Food is extremely expensive, there are no jobs, load shedding is at its peak, and crime is at an all-time high; EVERYTHING is falling apart!” We must be saved. #NationalShutdown, tweeted @YAYARSA.

“We require the same energy as in Fees Must Fall for this loading National Shutdown. The same energy and solidarity must fall with Zuma,” @LuSomethings tweeted.

The last National Shutdown that was scheduled did not proceed as planned, but judging by the momentum and public people who have pledged to participate in the future one (even if the dates are not yet known), one might be encouraged that South Africans are not just keyboard warriors as many have stated.