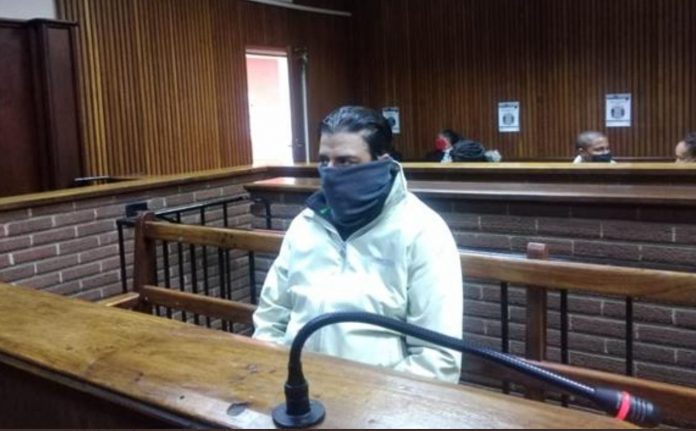 On Monday, the Bloemfontein High Court will resume the Nulane Investment fraud and money laundering case involving Gupta family associate and businessman Iqbal Sharma and others.

Sharma arrived late to court in 2022, citing flying concerns with one of his co-defendants, Dinesh Patel, who did not appear at all. The trial was subsequently postponed.

Among the implicated businesses are Nulane, which is owned by Sharma, and Islandsite Investment 180.

In relation to the Estina Dairy Farm fraud, millions of rands were allegedly paid to Nulane Investment between 2011 and 2012 to do a feasibility assessment for the Free State’s Mohoma Mobung project.

In this case, the state argues that at the time in question, Nulane Investment had no employees and contracted Deloitte to conduct the feasibility study and prepare the report.

Seboka added, “The case is based on allegations that R24.9 million was paid to Nulane Investment to conduct a feasibility study for the Free State province’s flagship Mohoma Mobung project based on Nulane’s unique skills to perform the work.”

“The state contended that Nulane Investment had no employees and had subcontracted R1.5 million to Deloitte to generate the report. Allegedly, the only modification to the Deloitte report was to identify Paras Diary as a potential implementation partner for the establishment of a milk-processing factory in Vrede.”

In 2021, the magistrate court in Bloemfontein denied Sharma’s bail plea, which was contested by the ID because to his contacts to foreign nations. At the time, the ID informed the court that Sharma posed a flight risk.

The state took Sharma’s property, including his R12 million and R1.3 million homes in Sandton.

As the NPA has not yet secured their extradition, the notorious brothers Rajesh and Atul Gupta, who are believed to be in detention in Dubai, will not be present in court to answer for their role in the Nulane Investment case.

In June 2022, Rajesh and Atul were arrested in the United Arab Emirates (UAE) on money-laundering accusations.

The Department of Justice and Correctional Services stated at the time that it had been informed by law enforcement officials in the UAE that the fugitives had been apprehended. It is unknown why Ajay, one of the three, is not in jail.

The NPA also intends to pursue the Guptas for fraud and money laundering in connection with the notorious Estina Dairy Farm project, which was also part of the effort.

However, negotiations with the UAE regarding extradition have halted.

The Guptas fled to Dubai after being implicated in the theft of billions of rands in South Africa during the administration of former president Jacob Zuma. According to the Zondo Commission into Allegations of State Capture, led by Chief Justice Raymond Zondo, they were essential to the plundering, primarily of state-owned firms.

Having fled the country, Atul sought the South African consul-general in Dubai in September 2018 to seek for a passport. According to media sources, the application was denied by the Pretoria high court on Friday.

Atul “is a fugitive from justice and is therefore ineligible for a South African passport,” the court found.

“If he [Atul Gupta] is not a fugitive from justice, why would he need legal counsel as to whether he should enter this nation for whatever reason? This is more significant for someone who has held land and enterprises in this country.

“All he is willing to disclose is that he is a South African citizen residing in Dubai. No further information is revealed. I am of the opinion that this was not an oversight on the part of the applicant, but rather an intentional act,” the ruling states in part.

»The Nulane Investment R24.9m fraud trial to resume on Monday«