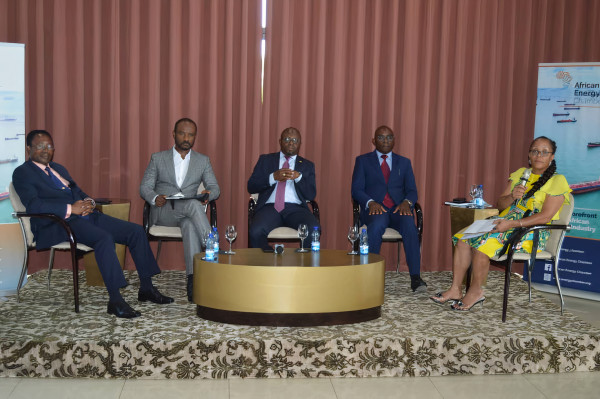 Investment in Africa’s energy sector and the role of African investment banks, harmonized regulations, and improved ease of doing business was debated and unpacked during an oil industry business forum organized by the African Energy Chamber (www.EnergyChamber.org) on May 11 in Malabo, Equatorial Guinea.

Africa’s oil and gas sector requires significant levels of investment if the continent is to realize the full potential of the sector. With global capital expenditure for fossil fuels on the decline due to energy transition related trends, and foreign investors turning to renewables in the face of climate change, participants highlighted that Africa needs to come up with its own capital raising solutions in order to accelerate investment and development across the continent’s hydrocarbons sector.

Speaking during the panel discussion, Grace Orife, CEO, Adelaar Energy, noted that “…[Africa] has a lot of commercial banks – over 700 banks across 54 states – but how many of those are investment banks? Oil and gas is a capital-intensive industry, and very hard for commercial banks to fund. Africa’s financial market is perceived as one with very high credit and insolvent risk which is making it hard for investors to come to Africa. However, the African market will need to have access to capital. The banking sector needs to work together and harmonize so that they can have enough force to invest in African oil and gas.”

She noted that with Africa’s regulations implemented on a country-by-country basis, the harmonization and collaboration of fiscal regimes could be a viable solution to raising capital in Africa, particularly foreign investment. The CEMAC region’s ease of doing business, for example, is considered unproductive, deterring foreign investment due to the complex foreign currency regulations. To mitigate this, and secure more investment for new and existing energy projects, countries across the region should work together to ensure the regulatory environment is both attractive and competitive.

“What we can see is that countries in the CEMAC area are competing for the same financing. It would be interesting to see our market as a regional one, harmonizing our fiscal regimes in order to attract investors into our region. We should see each other as allies. This is where we can see some improvement in working together. Regulators and national oil companies need to sit down and see how the regulatory regimes can secure more investment in the region,” stated Yann Pierre Yangari, Consultant Oil and Gas and Energy Transition.

While foreign institutions typically represent the predominant source of financing for Africa’s oil and gas projects, new and existing African institutions are rising to the challenge, providing critical capital for upcoming projects – from small- to large-scale and across the entire energy spectrum. Institutions such as the African Export-Import Bank, the African Energy Investment Corporation and the African Development Bank have emerged as key drivers of Africa’s hydrocarbon sector. Mobilizing the required funds for the development of Africa’s sizable oil and gas projects, these institutions are an invaluable asset for Africa’s energy future. However, more needs to be done, and more investment banks need to be introduced if the full potential of Africa’s oil is to be realized.Distributed by APO Group on behalf of African Energy Chamber.Media files