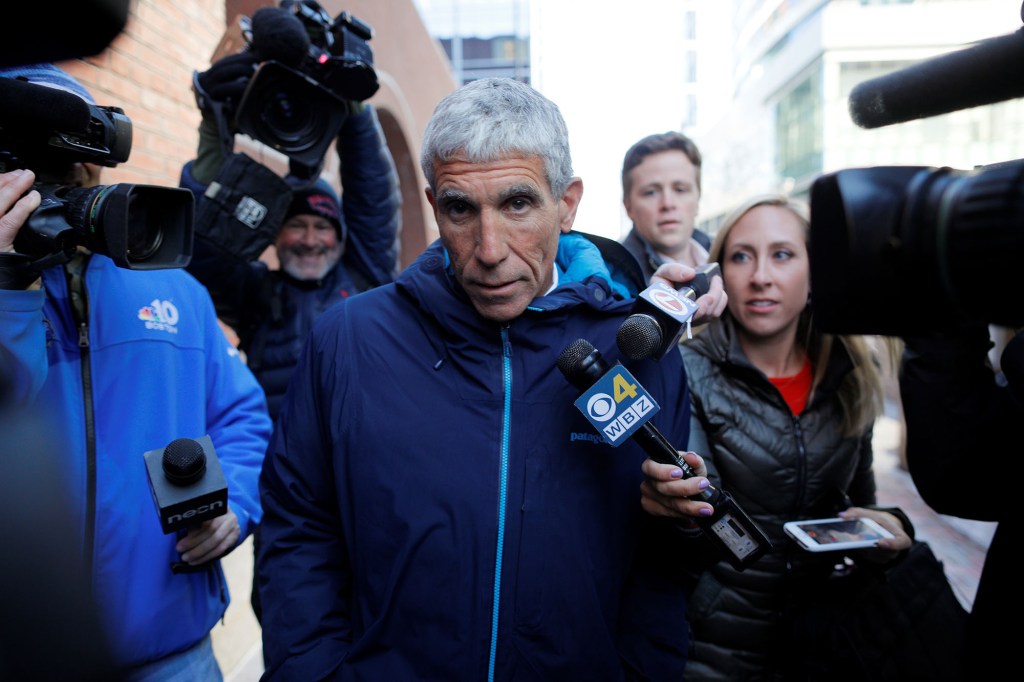 William “Rick” Singer, the mastermind behind the global college admissions bribery scam, is due to be sentenced on Wednesday after quietly cooperating with the government to snitch on wealthy parents whose children he helped get into some of the nation’s finest schools.

Federal prosecutors in Boston are requesting that Singer be sentenced to six years in prison for his role in a decade-long scheme in which he rigged admissions processes for celebrities and other high-profile families by utilizing fabricated test scores and posing the children as athletes.

Singer, 62, collaborated with investigators and the FBI to record hundreds of phone calls and meetings, ultimately leading to the arrest of dozens of parents and coaches in March 2019.

Singer will be sentenced in federal court in Boston on Wednesday afternoon.
REUTERS

He also bribed coaches to put undeserving applicants on athletic teams, frequently for sports they didn’t even play, in the hopes of increasing their chances of being accepted to the institution.

“He was the architect and mastermind of a criminal organization that substantially perverted the integrity of the college admissions process, which already favors those with wealth and privilege, to a degree never seen in this country,” prosecutors stated in court documents.

Singer pleaded guilty in March 2019 to charges related to the fraud, including racketeering conspiracy and money laundering conspiracy, on the same day the scandal made headlines and shook the nation.

Singer expressed regret and blamed his conduct on his need to win “at any cost” prior to his punishment. His attorney has asked for three years of probation or six months in prison.

While Singer has remained out of jail and has never been called as a witness in any of the cases that have gone to trial, he will be given the opportunity to address the court before the judge hands down his punishment in federal court in Boston.

If the court agrees with the prosecutors and sentences Singer to six years in prison, it will be by far the heaviest punishment in the case.

Prosecutors want the court to order Singer to serve an additional 36 months of supervised release, as well as pay the IRS more than $10.6 million in restitution and forfeit assets worth $5.3 million and $3.4 million in cash.

According to court filings, Singer has already paid $1,213,000 toward the $3.4 million money forfeiture.