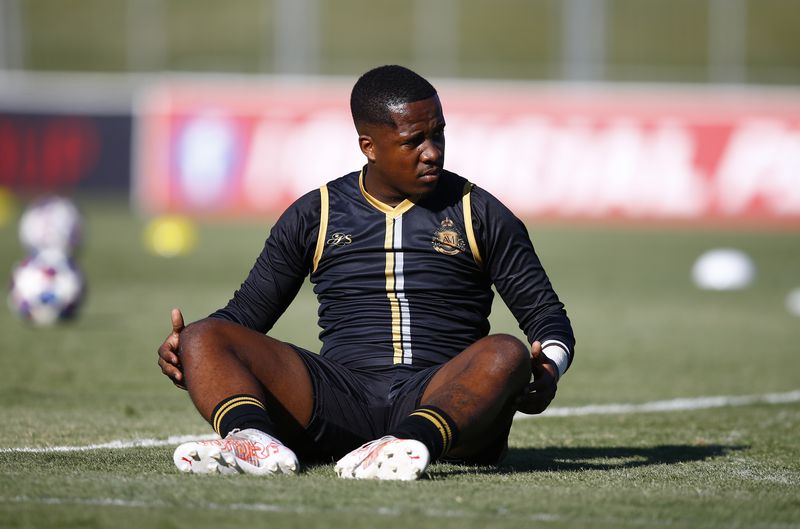 According to the most recent estimations, reputable experts have assigned Andile Mpisane a highly generous worth.

Although Royal AM are hesitant to part ways with a “player” who also acts as the club’s chairman and are extremely unlikely to accept a bid for Mpisane’s services, it is exceedingly doubtful that they will ever receive an offer.

Since 2018, Mpisane has trained with the club that his mother owns, but he has never made a competitive appearance for them under the names Royal AM, Real Kings, or Royal Eagles.

Andile Mpisane of Royal AM during the Royal AM versus Richards Bay DStv Premiership 2022/23 match at the Chatsworth Stadium.

Andile Mpisane is estimated to have a market value of R438,000, a figure that the majority of knowledgeable individuals would reject violently.

However, outside of the negotiation table, market value is a vague concept, and it is likely that if Shauwn Mkhize were to place a price on him, it would be significantly more.

Surely, it is not illegal for a mother to adore her son.

“One thing people don’t know about Andile is that, despite being my son, he attends training like every other player. Andile is the one who introduced me to soccer due to his passion for the sport and training with the squad. She said to Andile Ncube on Metro FM’s Sports Night Amplified, “I used to cheer for him when he played for AmaZulu.”

Mpisane did play in the Macufe Cup, a friendly event, but he gained more notice for an unsuccessful attempt to demonstrate his skills.