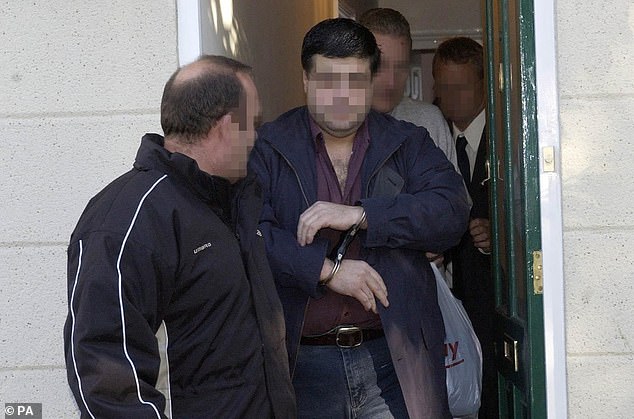 A cartel associated with a drive-by shooting at a memorial ceremony for a mother and her daughter in London was so infamous that it was mentioned in the smash hit series Narcos on Netflix.

Sara Sanchez and her mother Fresia Calderon, whose ex-husband was Carlos Arturo Sanchez-Coronado, were being laid to rest.

He had served as the “money deliverer” for a gang with members in London who were connected to the notorious Cali Cartel in Colombia.

The primarily North London-based dealers acknowledged bringing 150 kilos of cocaine into the country and returning £19 million back to Colombia in 2006. The actual sums involved, according to investigators, were probably substantially greater.

When the UK operation’s operation was caught in the net in 2003, Sanchez-Coronado escaped to another country.

Ten men and two women were taken into custody after over 100 officers descended on the residences and businesses of 17 suspects.

Jesus Ruiz Henao and his brother-in-law Mario Tascon pretended to be upstanding citizens but eventually acknowledged their involvement in the drug trade.

In 2006, they were found guilty of conspiring to supply Class A drugs and money laundering offenses and received sentences of 19 and 17 years in prison, respectively.

29 other people have previously served prison sentences for their participation in the group.

However, Sanchez-Coronado had fled to Colombia, thus it would be March 2009 before he was brought before a judge.

He had been found in the nation in May 2008, when he was employed as a cab driver.

He claimed he used the money from the gang to help his ailing daughter in Colombia as he fought to avoid extradition. Who he was referring is unclear.

He was returned to Southwark Crown Court, where he was sentenced to five and a half years in prison for aiding the ring in money laundering.

After being freed, the criminal returned to South America and was last known to be living in Santiago, Chile, until he passed away last year at the age of 56.

But it may have been his connections to the Colombian Cali Cartel that have made him return to haunt the streets of London.

At their zenith, they were rumored to have seized control of over 90% of the cocaine produced worldwide after splitting from Pablo Escobar’s organization.

It was dubbed “The biggest, most powerful crime syndicate we’ve ever known” by DEA chief Thomas Constantine.

The drugs ring expanded across Europe in the middle of the 1980s thanks to a trip Gilberto made to Spain.

Its cocaine was shipped across Europe via the Camorra Mafia-style network in Italy.

Gilberto Rodriguez Orejuela, a Colombian drug lord who had served seven years of a 15-year sentence, is seen leaving the Combita Boyaca maximum security prison in Tunja, Colombia, in this archive photo shot on November 7, 2002, as a free man.

The sister of Pablo Catatumbo, a representative of the Simón Bolvar Guerrilla Coordinating Board, as well as 20 or more other members of the Colombian Communist Party and other organizations were taken by the cartel in response to their demand for a £10 million ransom.

After discussions, Christina and Catatumbo’s sister were both freed.

The cartel employed intimidation and fear to conduct its business.

Those who erred were threatened with death, and junior members were murdered if they did the wrong thing.

Jorge Salcedo Cabrera, the operation’s head of security, later turned confidential informant for the DEA, which led to the downfall of the cartel.

The incident on January 14 at approximately 1:30 p.m. occurred as mourners gathered for a memorial ceremony for a 20-year-old British-Colombian cancer patient and her 50-year-old mother.

At the memorial service held at St. Aloysius Church on Phoenix Road next to Euston Railway station were Sara Sanchez’s family and Fresia Calderon’s acquaintances.

Following a journey from Colombia to Heathrow in November, Ms. Calderon is said to have passed away from a blood clot, and Ms. Sanchez passed away three weeks later from terminal leukemia.

Following the incident, which left six people injured, including a seven-year-old girl who is still in a serious state with “life-threatening” wounds, the Metropolitan Police announced that a 22-year-old male had been detained.