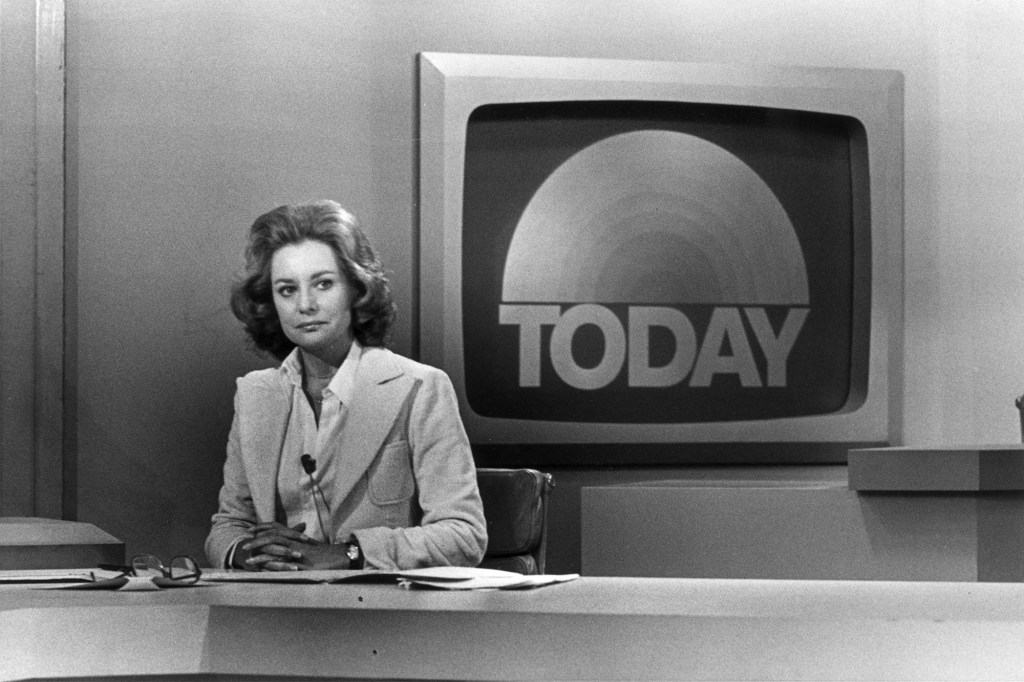 Walters, an iconic journalist, passed away at the age of 93.

Where is Barbara Walters? Fans of ‘The View’ ponder Whoopi’s birthday greeting ‘Power blonde’: Ivana Trump’s decades in the public eye: Pay close heed!
Friday’s news of Barbara Walters’ passing at the age of 93 resonates with me for multiple reasons.

Clearly, her death signals the end of one of the most illustrious — and at times controversial — careers in television journalism.

While my relationship with her was professional and not personal, as it was with her colleague Regis Philbin, who died in 2020, Walters treated me with respect and, yes, unexpected humor and decorum from someone who didn’t have to. However, this was the kind of person she was.

It was a difficult balancing job with Barbara, as we covered her and, subsequently, “20/20” and “The View” — which she co-created and co-hosted beginning in 1997 — with a frequently critical eye to what she said on air, ranging from politics to entertainment to mundane topics.

Probably in the 1970s, a photograph of Barbara Walters sitting on the set of the “Today” show. Behind her, the “Today” logo appears on a screen.

Barbara Walters on the set of the NBC show “Today,” where she dominated for 14 years and paved the way for women in television journalism.

A 1980 photograph of Barbara Walters on “20/20.” The ABC logo is visible in the lower right corner of this close-up photograph of a smiling woman.

She was a public lightning rod, engendering in most (in my opinion) a grudging respect that she earned by paving the way for women journalists in a predominately male field, beginning with NBC’s “Today” show in 1962, and securing headline-making interviews with virtually every newsmaker — “getting the ‘get’,” to use industry lingo.

Others, however, cast a critical (and even mocking) eye at her, not only Gilda Radner’s iconic “Baba Wawa” character in the early days of “Saturday Night Live,” but also her interview technique, which was sometimes hard-hitting and other times simply befuddling, especially with celebrities.

In her 1981 conversation with Katharine Hepburn, Barbara questioned one of the best and most renowned actresses, “If you were a tree, what type of tree would you be?” Barbara later retold the story differently, placing the blame on Hepburn and stating that she merely posed a logical follow-up question. Consider among yourselves.

On the other hand, if you covered Barbara’s career, she treated you with a professional politeness that stopped just short of chumminess. I’m betting that many of my fellow journalists would concur.

After Whoopi Goldberg wished Barbara Walters a happy 93rd birthday on “The View,” many speculated about her whereabouts, as she had been absent since her retirement.

After Whoopi Goldberg wished Barbara Walters a happy 93rd birthday on “The View,” many speculated about her whereabouts, as she had been absent since her retirement.

When she called me for one of our numerous interviews, she always called me “Mr. Starr” (never Michael; Walter Cronkite did the same). Pure old-fashioned) And I’ll let you in on a secret you may not know about: I was first so astonished by Barbara’s handwritten thank-you notes and holiday cards that I retained a number of them.

Again, many thanks for the story about “The View.” It is always a pleasure to converse with you since you accurately quote me, which is really uncommon. I am grateful, as is everyone else on “The View.”

This was taken from a holiday card. Barbara appears on the cover with her pet Havanese, Cha-Cha, in what appears to be her apartment; the year is unknown.

Thank you for your consideration and thinking throughout the year (including last week’s column).

Barbara Walters
According to her representative, the journalist and broadcaster passed away at home with her family by her side.

She didn’t need to do that, especially considering how harshly we at The Post reported on what she said on “The View” and when she argued on-air and behind-the-scenes with her co-hosts.

The headlines may be cruel, like when “Babbling Barbara” claimed on live that Cha-Cha had spoken to her and told her he loved her. To her credit, the day after that story was published, she made a joke about it on “The View,” if memory serves. Or perhaps I’m simply remembering it this way.

When Barbara retired from “The View” in 2014, effectively ending her long career, she was kind enough to grant me a sort of exit interview in which she discussed her decision to retire, among other things, and then called me a year later to discuss what turned out to be one of her final, if not her final, primetime specials.

Say what you will about Barbara Walters — and, of course, much has been and will continue to be said and written about her for many years to come — but to me, she was the epitome of excellence.

»The late Barbara Walters was impeccable in every aspect«