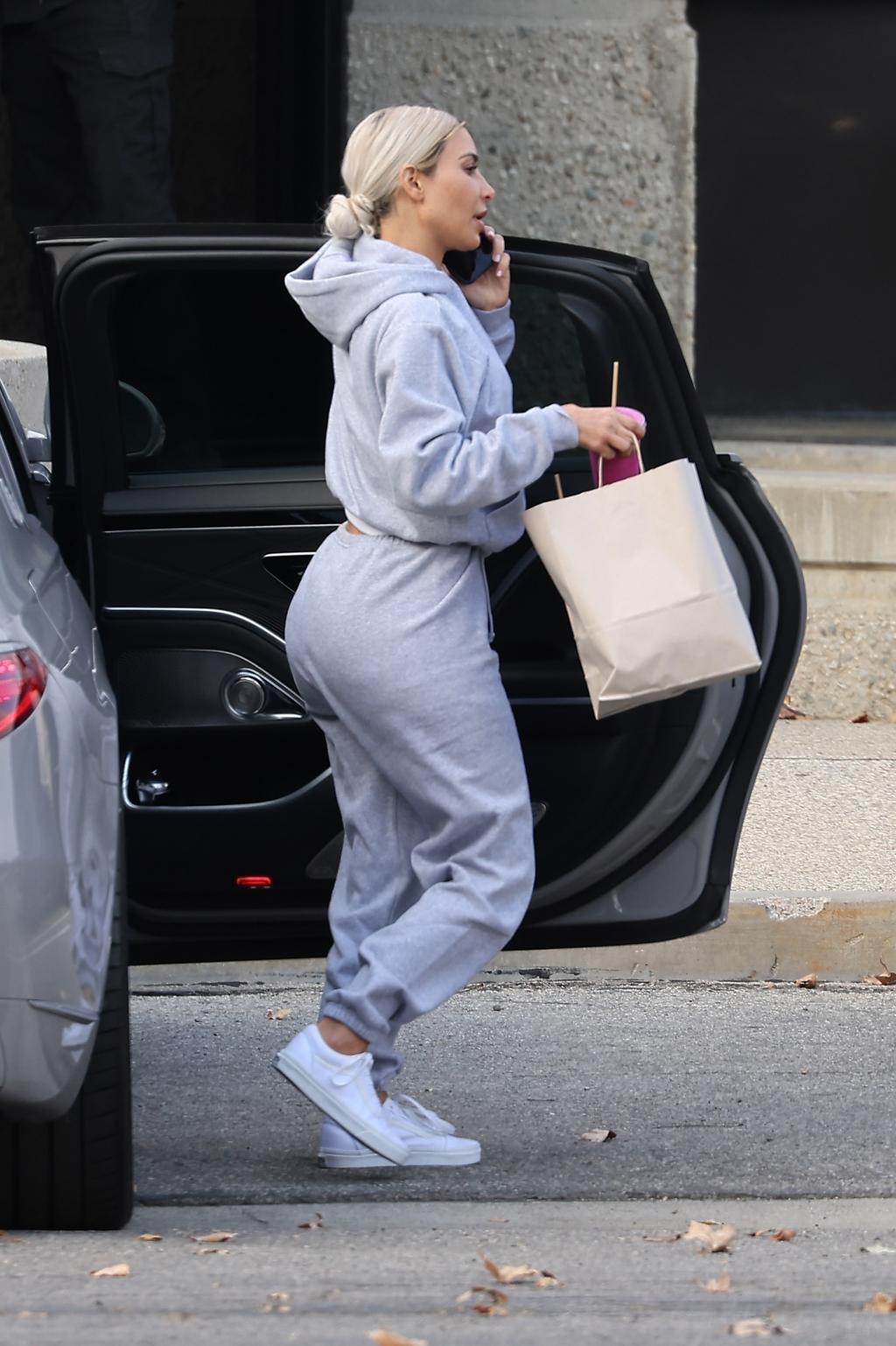 The majority of the Kardashian family was pictured at Travis Barker’s DTA Records Studio on Monday afternoon for a likely family meeting as Kim Kardashian finalized her divorce from rapper Kanye West.

Momager Kris Jenner arrived at the studio in a beautiful all-black dress with red accents close behind. She gave the photographers a flirtatious smile as she entered the building.

Kourtney, the eldest Kardashian sister, kept a low profile in an all-black outfit that matched her husband’s. They walked out of the studio hand-in-hand.

Their family gathering appeared to last for hours, as they photographed during the day but did not emerge until nightfall.

Kim, 42, has just finalized her divorce from Kanye, 45, after filing for divorce in February 2021. At the time, they had been married for seven years.

The former couple will have shared custody and “equal access” to their four children, North, 9, Saint, 6, Chicago, 4, and Psalm, 3.

Additionally, the disgraced Yeezy designer must pay his ex-wife $200,000 every month in child support. Additionally, he is accountable for fifty percent of their children’s school and safety expenses.

Despite their custody agreement, insiders close to the mother of four have confirmed to TMZ that she will continue to have the children 80% of the time, as West previously stated in September.

Kanye has also been embroiled in a media frenzy since making anti-Semitic remarks on social media, which resulted in him being temporarily banned from Instagram and Twitter.

In his diatribe, he threatened to go “death con 3” on Jewish people, which drew significant social media outrage.

A number of his former Yeezy workers have also spoken out against his use of anti-Semitic language in business settings.

Following his remarks, a number of previously supporting firms, including Gap, Adidas, and Balenciaga, ditched him.

Among the celebrities who criticized the rapper-turned-fashion designer, Kim — along with the rest of her family — announced that she “stands with the Jewish community and demands an immediate end to the awful violence and vile words directed at them.”

After finalizing their divorce, neither Kim nor Kanye have spoken out.