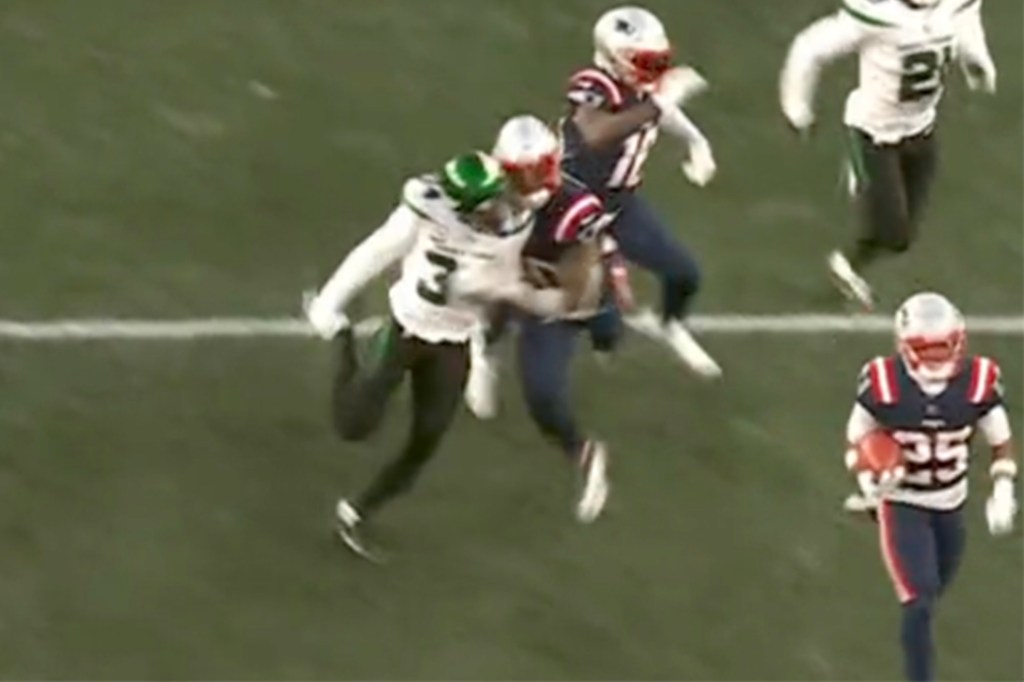 The Jets lost a heartbreaker in a glorified punting competition.

In the last seconds of Sunday’s game between the Jets and Patriots, the officials may have overlooked a potentially game-changing block in the back by New England linebacker Mack Wilson Sr.

The probable missed call happened at the Jets’ 17-yard line, which would have nullified the game-winning punt return touchdown and sent the Patriots back to the Jets’ 27-yard line.

On Sunday, November 20, 2022, there was a game between the Patriots and the Jets. It has been speculated that a penalty may have been overlooked.
Twitter

The Patriots would have had around 10 seconds to gain another yard, and if they failed to do so, they would have likely tried a 45-yard field goal. Prior in the game, Patriots kicker and former Jets player Nick Folk missed two field goals from 43 and 44 yards.

However, none of this is relevant because the referees did not throw a flag.

The last 59 minutes of regulation were a complete bore.

There were 13 points scored and 17 combined punts, 11 of which occurred in the second half. Both offenses were mostly inactive, with the Jets having six first downs to the Patriots’ thirteen.

The Jets’ second-year quarterback did not throw an interception, unlike his performance against the Patriots in October, when he threw three picks, but he did not perform well.

The Jets have now dropped 14 consecutive games versus the Patriots.