Skip to content
Home » News » News » The Jack Russell, a Cannes Film Festival patron, is recognized for digging up Russian mines in Ukraine. 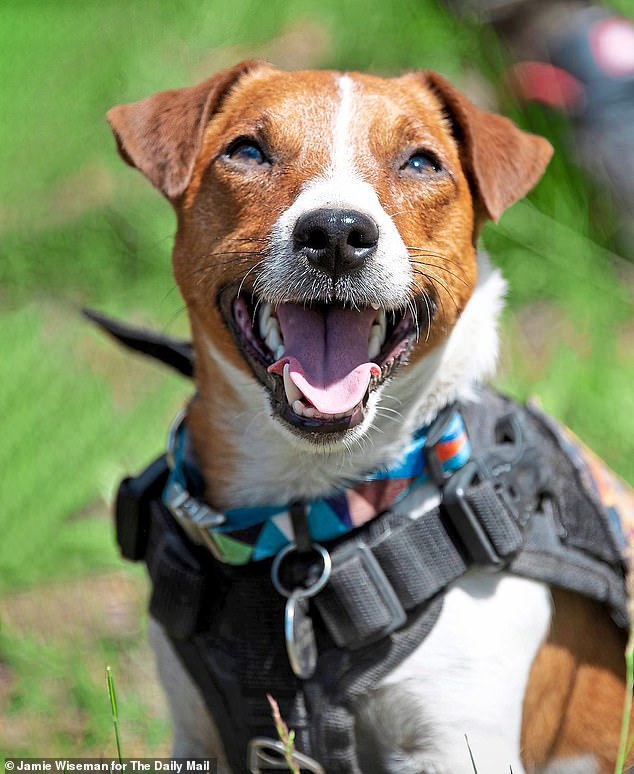 Patron, Ukraine’s famed sniffer dog, was honored at the prestigious Cannes Film Festival for his service in locating Russian mines.

The Palm Dog-manitarian prize, which recognizes the relationship between humans and dogs, was awarded to the Jack Russell, who has over 270,000 Instagram followers.

Patron’s manager, Mykhailo Iliev, expressed gratitude to the organizers, saying, “We would want Patron to visit Cannes, but he has a lot of work to do here.”

The award was inaugurated in 2001 and picked up on Patron’s behalf by Kateryna Tretyakova, a member of the Ukrainian National Pavilion, who said: ‘This is dedicated to all defenders of Ukraine and defenders of a peaceful world.’

Earlier this month, The Mail on Sunday spent a day with Patron, who weighs just 4kg, as he worked to clear Russian munitions near the war-torn northern city of Chernihiv.

The two-year-old terrier has already received a medal for valour from Ukraine’s President Volodymyr Zelensky and features as a symbol of defiance on billboards across the country.