Skip to content
Go Home «» News «» Breaking News «» The irony of Zach Wilson’s benching is not lost on Sam Darnold: 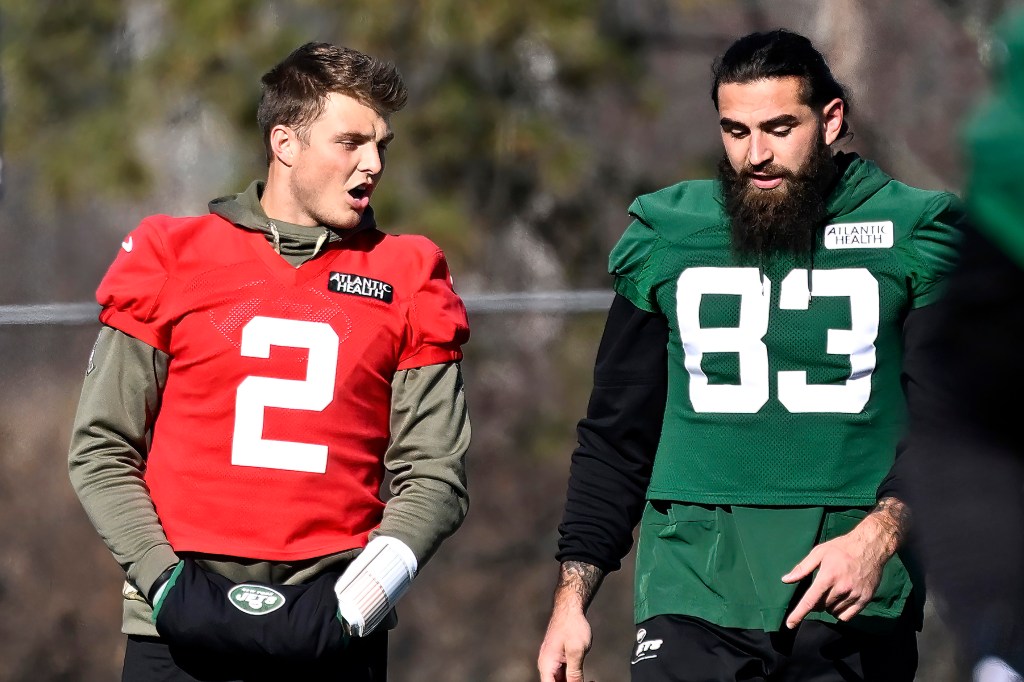 Darnold told reporters in Carolina, “I’m not really paying a lot of attention to what’s happening over there.” “I did see it. Obviously it’s a weird business. However, we are currently focused on the task at hand, which is facing a very talented Broncos squad.”

On November 23, 2022, Zach Wilson (left) converses with Tyler Conklin during a Jets practice.

The move threatens to place Wilson in the same category as Darnold, the Jets’ 2018 No. 3 overall choice, whose career was cut short after three years of dismal play. Wilson is just in the second season of his NFL career, but already looks to be at a crossroads.

This week, Darnold, who started 11 games during the 2018 season, will play for the first time in 2022. After injuring his ankle in the preseason, when he was supposed to compete with Mayfield for the starting quarterback position, he began this season on injured reserve.

“To be able to come out here and do it every single day is a privilege that I do not take for granted. Nevertheless, it comes with the territory. It is a difficult position.”

»The irony of Zach Wilson’s benching is not lost on Sam Darnold:«