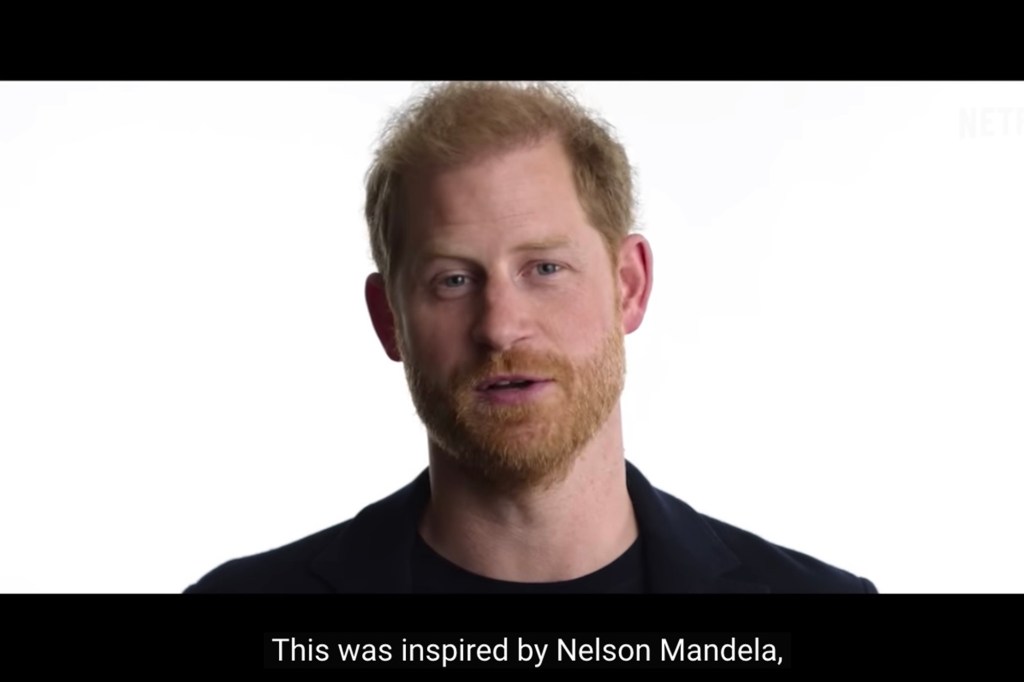 Prince Harry and Meghan Markle claim their upcoming Netflix production was “inspired by Nelson Mandela” – but Mandela’s granddaughter feels they have ulterior motives.

Nikola Mandela, 57, criticized the pair for “using” her grandfather’s memory as a monetary grab for their Netflix series “Live to Lead.”

Nikola criticized the Sussexes of appearing to relate their troubles with the royal family to the life and struggle for independence of the previous president of South Africa, describing it as “upsetting and tedious.”

In an interview with The Australian, Nikola stated, “There is absolutely no similarity between the two.”

“I am aware that the Nelson Mandela Foundation has backed the effort, but people have taken grandfather’s quotes and utilized his legacy for years because they know his name sells – Harry and Meghan are no different.”

Nikola acknowledged that she admires Prince Harry for having the “courage” to leave the royal family, especially since her grandfather “resisted a planned marriage in order to pursue his own path.”

“But it comes at a price, you have to then fund your own life,” she added. “I’ve made peace with people using my grandfather’s name, but it’s still extremely distressing and annoying whenever it occurs.”

“Harry must be genuine and stick to his own story; what connection does his grandfather’s life have to his?” Nikola continued.

“Live to Lead” utilizes images of Nelson Mandela leaving jail in 1990 and depicts the Duke and Duchess of Sussex quoting the anti-apartheid leader.
Netflix

Additionally, Mandela’s granddaughter claimed that she does not believe Prince Harry or Markle met the great leader “properly.”

“I don’t believe that Harry or Meghan have ever properly met his father, perhaps when Harry was a child at Buckingham Palace,” she said. “But they are utilizing his quotations in the documentary to lure in people and generate millions without the Mandela family benefiting.”

The anti-apartheid leader’s 1990 release from prison is depicted in “Live to Lead,” and the Duke and Duchess of Sussex quote him and declare the production was “inspired” by him. The Nelson Mandela Foundation co-produced the seven-part docuseries.

Sello Hatang, chief executive of the Nelson Mandela Foundation, said of the release, “With the world in the position it is in, struggling to recover from a global epidemic, and with populism and misinformation on the increase, the need for strong leadership is crucial.”

“‘Live to Lead’ was created to inspire better leaders, ones who are devoted to reducing poverty and inequality and who take the initiative in creating the just society envisioned by Nelson Mandela.”