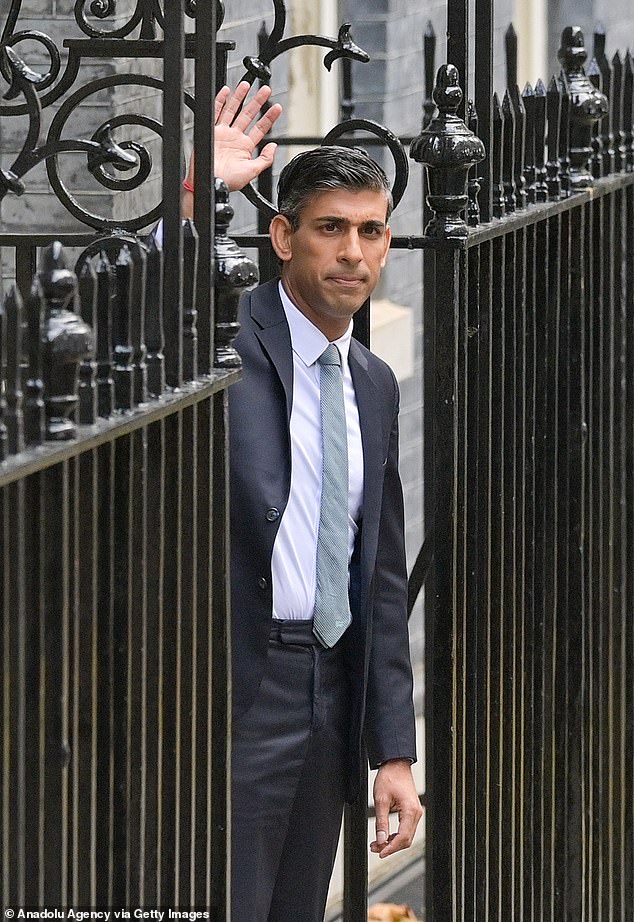 It has been claimed that prominent members in the government of Rishi Sunak are mulling potentially adopting a trade-friendly stance similar to that of Switzerland over the next decade. Such a partnership would eliminate trade restrictions.

Brexiteer Tory MPs responded angrily to the claims last night, claiming it may amount to a ‘betrayal’ of the freedoms they think were secured as a consequence of the 2016 referendum, and that the Conservative Party ‘wouldn’t wear it’

Jacob Rees-Mogg, a former cabinet minister, stated that the Conservatives are a “Brexit party” and would risk becoming a “non-Brexit party” if they agreed to “unrestricted” trade with the EU.

Downing Street sources refuted the allegation, but the Times said that, behind closed doors, some government officials have indicated that the pursuit of a frictionless economic relationship necessitates the adoption of a Swiss-style structure within the next decade.

The plan, which aims to strengthen economic connections with the union, would constitute a significant departure from the strategy established by Boris Johnson.

It comes as the UK’s negotiations with the EU on the Northern Ireland protocol continue to stall.

It is said that senior government officials in Rishi Sunak’s administration are discussing a Swiss-style arrangement, a claim that the government denies.

Former minister for Brexit opportunities, Jacob Rees-Mogg, stated, “This would be Brexit in name only; it would essentially remove Brexit’s teeth and not even replace them with dentures.”

The initiative, intended to create tighter economic connections with the bloc, would constitute a significant departure from Boris Johnson’s stance.

Through a series of bilateral agreements, Switzerland has direct access to portions of the EU’s internal market, including the free movement of persons.

However, government sources stressed that access to the single market and freedom of movement would not be on the agenda.

Any agreements between the United Kingdom and the European Union would have to benefit both parties equally and would take years to negotiate, they said, adding that they did not recognize the Swiss model as a model.

Chancellor Jeremy Hunt has already frightened Brexiteers with his statement that he seeks “unrestricted commerce” with the EU, although outside the single market.

One Tory Brexit supporter told The Mail on Sunday, in response to the Sunday Times revelation about a Swiss-style model: ‘It didn’t take long for the mask to slip.

This is an absolute betrayal. The ERG [European Research Group of eurosceptic Tory MPs] must battle tooth and nail against this.

Jacob Rees-Mogg, a former minister for Brexit opportunities, stated, “This would be Brexit in name only; it would remove the substance of Brexit and not even replace it with dentures.”

Lord Frost stated that the shift in policy would be “unacceptable” after negotiating with the EU in collaboration with Boris Johnson.

If we did this, we would lose all the benefits of regulatory divergence. There would be no use in attempting to negotiate global trade agreements if we had no regulatory flexibility and no voice over the rules.

The Conservative Party is a Brexit party and cannot become a party opposed to Brexit.

Peter Bone, a Tory MP, stated, “The party would not wear this.” If you’ve fought an election to leave the EU, won an 80-seat majority and a vote on the issue, there is no way this would be acceptable.

If the government attempted to implement this policy, the party would divide inside the House of Commons and throughout the nation. It is absolute insanity. Despite this, I have not heard a single person propose it.

Mr. Jones said, ‘The reality is that Switzerland is in continual talks with the EU on all aspects of market regulations. Simply said, we cannot tolerate that here.

Switzerland has access to the European single market, a free movement of persons agreement, and contributes to the EU budget.

Mr. Johnson and Lord Frost, his main Brexit negotiator, ruled out this method when they drafted the UK’s negotiating mandate in 2020.

Lord Frost told the Sunday Times, “Any policy forcing the United Kingdom to agree with EU laws in order to receive trade benefits, whether as part of a Swiss-style approach or elsewhere, would be completely unacceptable.”

“Boris Johnson and I battled hard to prevent such restrictions in 2020 and guarantee that the United Kingdom could determine its own rules, and we should never consider giving this up in the future.”

The chancellor, Jeremy Hunt, has indicated that Rishi Sunak’s administration will depart from the strategy taken by Mr. Johnson and eliminate the great bulk of trade obstacles with the bloc.

The publication said that top government officials have argued in private that seeking frictionless commerce required moving toward a Swiss-style arrangement.

He stated on the BBC Radio 4 Today program, “I believe unrestricted commerce with our neighbors and countries all over the world is really advantageous to growth.”

“I am certain that in the next years we will be able to eliminate the vast majority of trade barriers between the United States and the European Union that exist outside the single market. It will require time.

His remarks alarmed members of the European Research Group (ERG) who lead the Brexit campaign.

The group is also concerned that the administration is planning to make concessions to Brussels in order to settle the dispute over the Northern Ireland protocol.

A source from Downing Street told the newspaper that Mr. Sunak was “taking the battle” to the EU, but that he was also optimistic that a more cooperative approach on both sides might be fruitful.

A No. 10 insider stated, “Rishi wants this to be resolved as soon as possible; a settlement is undoubtedly conceivable.”

Our team believes there is a considerably larger landing zone in terms of what we would be satisfied with than ever before.

However, they said, “He is engaging them in combat.” He will not give up anything that neither he nor the party would be satisfied with.’

When approached by MailOnline, No.10 declined to comment on the claims.

»The government ‘considers a Swiss-style relationship with the EU’«