Skip to content
Go Home «» News «» Breaking News «» The following interview with Andrew Garfield becomes viral: “I only want to see you.” 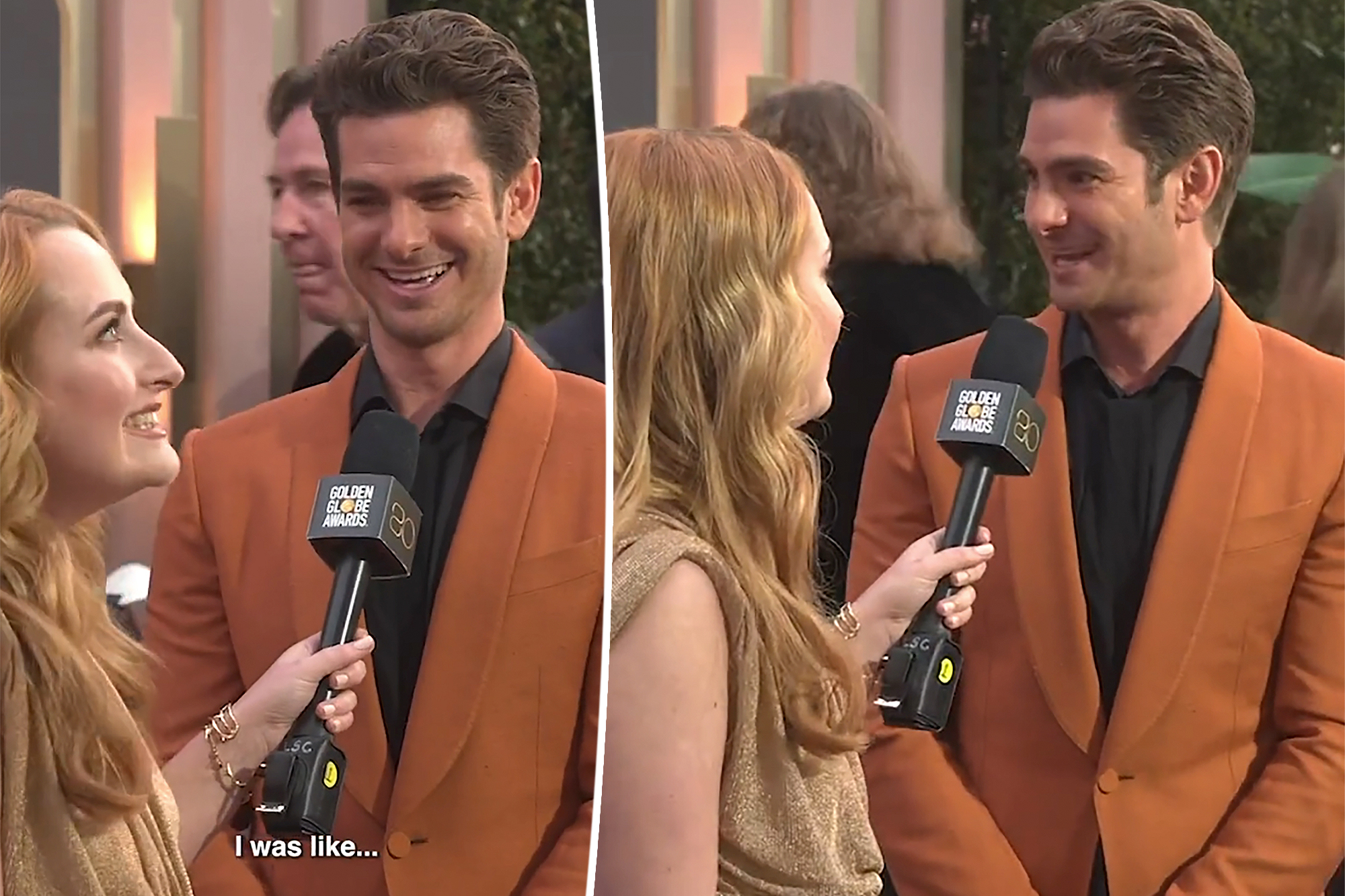 A viral video of the handsome actor Andrew Garfield flirting with an interviewer at the 2023 Golden Globes has admirers salivating.

The “Chicken Shop Date” host, 28, joked with the “Amazing Spider-Man” actor, 39, as he approached her while laughing and comparing her to a “wild capybara.”

As he rejoined with Dimoldenberg, who had originally interviewed him at the British GQ Men of the Year gala in November 2022, Garfield fought to contain his chuckles.

At the Globes, he told her, “I only want to see you,” and added, “I never want to see anyone else.”

She exclaimed, “What?! “, causing the “Tick, Tick… Boom!” actor to seize the microphone and clarify that he intended to say, “I only ever want to see you in these kinds of situations.”

Dimoldenberg appeared somewhat dismayed and informed Garfield that she planned to invite him to her birthday celebration later this month. She revealed that she is an Aquarius in response to his question about her astrological sign.

“If your sun sign is the same as someone else’s moon sign, that’s good,” the Leo Oscar nominee remarked, before adding that he did not believe the pair “should explore this.”

He quipped, “I’m afraid of what it could become, and I’m not prepared for that kind of thing.”

Then, Dimoldenberg sought to ask a more serious question, but Garfield continued to giggle. Later, he mentioned that she turned around to observe Austin Butler go by.

“AB is approaching. “I’d better bounce,” Garfield replied while gesturing to his ear.

The flirtatious chat concluded with the star of “Under the Banner of Heaven” signing an autograph for Dimoldenberg, which she joked was a “best friend certificate.”

“Bye, best friend!” Garfield stated as he was leaving.

The clip exploded on social media, driving viewers into a frenzy about the couple’s interaction.

“She is truly god’s toughest soldier since I was blushing, giggling, and kicking my legs while I wasn’t even there…

“I truly would have left,” tweeted one fan.

Someone more added, “I literally had to pause halfway through to catch my breath because I was blushing so hard.”

In August, the naked image of the “Amazing Spider-Man” actor caused admirers to swoon.

“He is such a flirt! I adore it,” said a second person.

Garfield returned to the list of Hollywood’s sexiest men a few months ago, when a shirtless snap of him on holiday in Bali drove fans into a frenzy.

»The following interview with Andrew Garfield becomes viral: “I only want to see you.”«