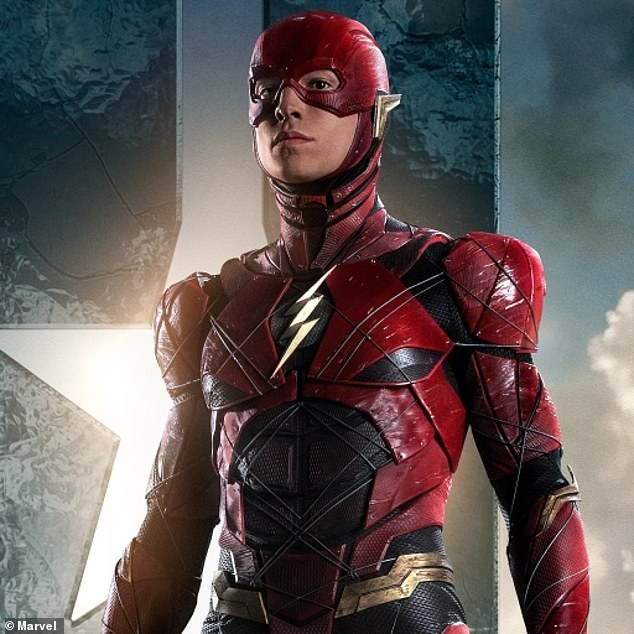 Miller, 29, was arrested for second-degree assault after police responded to reports of assault in the Leilaini State Subdivision in Pāhoa shortly after 1 a.m.

Authorities said Miller became irate after they were asked to leave a gathering at a Pāhoa residence and threw a chair, striking a 26-year-old woman.

The unidentified woman was left with a half-inch cut on the forehead.

The Hollywood star was arrested 20 minutes after the attack during a traffic stop at the intersection of Highway 130 and Kukula Street in Kea’au.

They were released at 4 a.m. pending an investigation, police said in a statement.

The arrest comes just weeks after a separate run-in with police after Miller was accused of harassing a woman at a Hilo karaoke bar.

They were taken into custody Tuesday just hours before a scheduled court hearing in connection with disorderly conduct and harassment charges stemming from the March incident.

The non-binary actor, who plays The Flash in the DC Cinematic Universe, was also hit with a restraining order by a couple who bailed them out of jail.

The pair said Miller threatened them and robbed them while they were staying in the couple’s Hawaii home. The couple has since dropped the petition for a restraining order.

According to Rolling Stone, Warner Bros. and DC officials convened an emergency meeting on March 30 and resolved to block any future projects with Miller following their arrest at the Hilo karaoke club.

Insiders informed the outlet that Miller, who has a history of’meltdowns,’ will not make any public appearances for the DC Cinematic Universe, despite the fact that Miller’s The Flash is set to premiere next year.

Miller was arrested last month at Margarita Village for reportedly bothering many customers with hostile behavior and was charged with disorderly conduct and harassment.

Miller is accused of throwing obscenities at a 23-year-old lady who was performing karaoke. The actor also attempted to take her microphone mid-song.