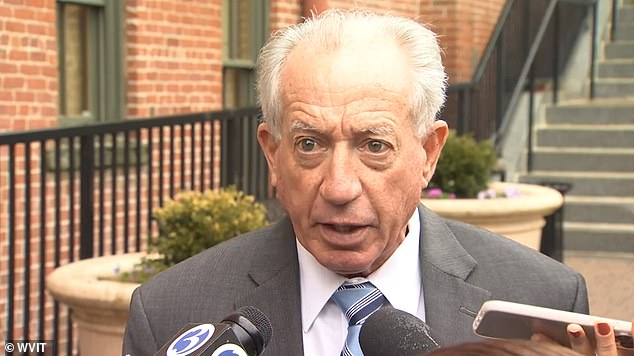 The father of the teenager charged as an adult for the murder of Connecticut high school lacrosse player James McGrath has apologized to the 17-year-old’s family.

Raul Eliah Valle, from Milford, 16, is charged with the Saturday stabbing death of  McGrath during a fight outside a Shelton house party.

The 16-year-old was charged with murder and three counts of first-degree assault and is being held on $2million bond, police said.

Valle’s father Raul was seen outside a Derby courtroom on Thursday with his head tucked underneath a black suit jacket, quietly saying: ‘I’m sorry to the family,’ courtant.com reported.

McGrath, who had been a standout lacrosse player for private school Fairfield Prep, was found stabbed outside the Shelton home late Sunday, where cops say a party had been in full swing