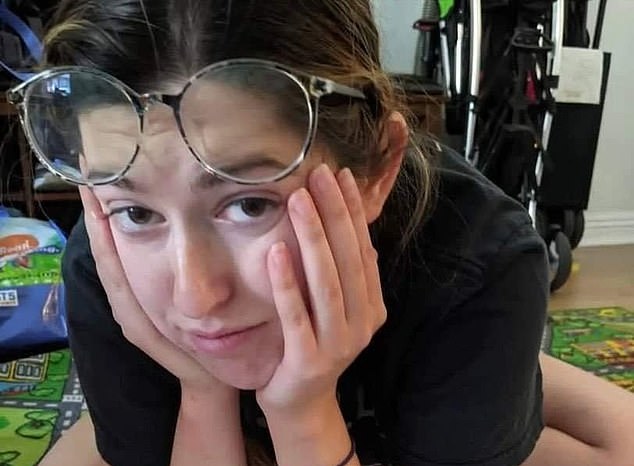 Sunday, authorities revealed that a California mother of two was discovered dead after inexplicably disappearing the previous week.

Castillo was reported missing on Thursday, after her sister Emily arrived to their shared apartment and saw it covered in blood.

The mother was last seen dropping off her two and five-year-old children to the residence of their father, Zarbab Ali, age 25.

According to the authorities, Ali was arrested on Sunday and has been identified as the prime suspect in the murder. Saturday, he posted an appeal for information regarding Rachel’s disappearance on his Facebook page.

Officials have revealed no additional information regarding the current case.

Rachel worked for a nonprofit organization that provided social assistance and counseling to victims of domestic violence.

Zarbab Ali, Rachel Castillo’s ex-husband, was detained and declared a main suspect in her murder on Sunday.

Emily, Rachel’s sister, reported that she first realized anything was odd when she entered their home last Thursday evening.

Emily told ABC, “As soon as I saw the blood, I recognized something wasn’t right.”

So I called my mother to inform her of the situation and then promptly dialed 911.

The flat had a “large amount of blood” and traces of a struggle, according to the police.

When Emily returned to her apartment, Rachel’s phone, keys, and car were also present.

Five-year-old and two-year-old children of Rachel Castillo and her ex-husband Zarbab Ali.

A missing person’s notice was disseminated for Rachel Castillo after she disappeared on Thursday evening.

Rachel Castillo and Zarbab Ali are both aged 25. Ali has been identified as the leading suspect in the murder of Castillo.

Emily stated that she began searching for her sister before the cops came.

She stated, “I was frantically searching the house to see if I could locate her.” I combed through her bathroom, under her bed, her closet, my closet, the laundry area, my bathroom, and my bedroom, but she was nowhere to be found.

Over the weekend, authorities expanded their search for Rachel, and her parents appeared on Good Morning America pleading for information that would lead to her return.

On Good Morning America, Rachel’s father wept while appealing for information leading to his missing daughter.

Thursday evening, Emily, sister of Rachel, returned to their flat to discover it covered in blood.

The area in Simi Valley, California, where Rachel vanished on Thursday.

After the discovery of Rachel’s body on Sunday, police believed the death was a homicide, despite the fact that they had not reported a crime in connection with her disappearance prior to that day.

It is unknown whether any evidence linking Ali in the murder was recovered. Previously, police stated that he was assisting with the inquiry.

A day prior to his arrest, Ali posted on Facebook about Rachel’s disappearance and requested any information from the public.

If you have any information, please contact the Simi Valley Police at (805) 583-6950! She has not been seen since Thursday!’ He composed.

During the search, her family disqualified him as a suspect and stated that he would never harm her, according to ABC.

Rachel’s congregation had assembled on Sunday evening to pray for her safe return, unaware that her body had already been discovered.

According to CBS, one prayer said, “We miss you, we love you, know that we want to come home, and if you can hear this message, know that we’re encircling you with love.”