Skip to content
Home » News » Sports News » The ever-evolving academy structures at Mamelodi Sundowns have consistently placed a high priority on the social, psychological, technical, technical, and physical growth of the young people in their care 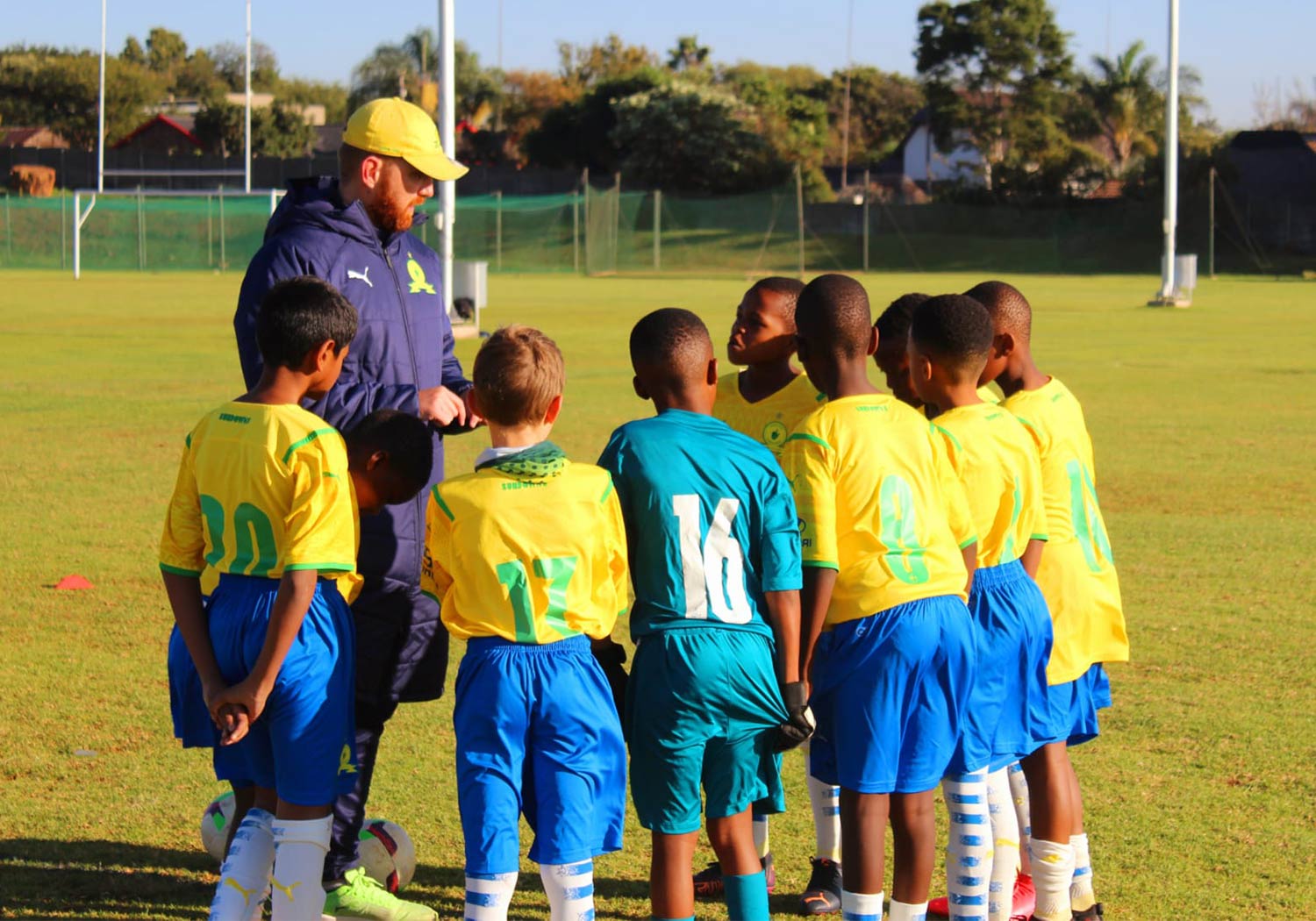 The ever-evolving academy structures at Mamelodi Sundowns have consistently placed a high priority on the social, psychological, technical, technical, and physical growth of the young people in their care.

Because the Chloorkop-side continues to produce some of the most interesting players in South Africa and beyond, the club has grown to be known for its prolific player output.

The defending Premier Soccer League Champions signed Duan Baker, an analytical scout who is also coaching the Under-11 team, in an effort to advance grassroots soccer and recruitment at the club.

Baker worked as a youth coach at Ajax Cape Town for the entirety of his stint in the Mother City (now known as Cape Town Spurs).

The analytical scout has nothing but positive things to say about the Sundowns Under-11 team that he is currently coaching.

“I find it exciting to provide opportunities for children to realize their potential. A collection of young, gifted children who are really passionate about playing football make up an Under-11 team.

They do not participate in the Gauteng Development League (GDL), but we have a system in place to allow some of the youngsters who are on the rise to join the Under-13 squad and play in the GDL.

The organization has a fair mix of children (boys and girls) from various ethnic backgrounds, which is positive.

A cursory glance at the Mamelodi Sundowns Under-11 team reveals a wealth of great potential waiting for an opportunity to advance significantly.

One of them is Captain Andile Nkosi, who has earned the praise of the former Cape Town Spurs junior coach.

“Andile is a highly bright child who has showed glimpses of brilliance and confidence at such a young age,” the former youth coach said of the captain.

He is the team’s captain, and his capacity for leadership has been impressive.

He is cool and collected when handling the ball, which is a terrific quality to have at such a young age.

Regarding his long-term goals for the thriving Under-11 team, Baker added, “My only goal is to lay a strong foundation for the higher grade teams.

As they advance through the ranks and assume more responsibility, I want these players to be completely versed in all the fundamentals of the round leather game in order to excel in the many roles they are placed in.

My main goal for the young team is to play entertaining, fast-paced football while maintaining a winning attitude.

The overall academy setup at Mamelodi Sundowns football club is deliberate and advantageous for developing players.

The environment that has been created by coaches Sam Mbatha (Head of Academy) and Shawn Bishop (Head of Methodology) continually aims to adapt to the modern facets of the game while focusing on the mental and holistic components of young players.

More specifically, the Motsepe family has persisted in investing in cutting-edge developmental initiatives designed to make sure that Sundowns continues to develop great footballers for the first team, the country, and beyond.

The contributions of the gaffers (Sam and Shawn) cannot be emphasized, said Baker in taking a moment to recognize the prominent individuals who have helped to improve grassroots football at the club.

I can’t wait to collaborate with them on this project and look forward to reaching further milestones.

I also acknowledge the Motsepe family for their steadfast assistance. The club’s future is genuinely promising, Baker said.

In keeping with Bafana Ba Style’s commitment to a contemporary method of grassroots football development, Baker’s selection to lead the Under 11 team is another positive move.