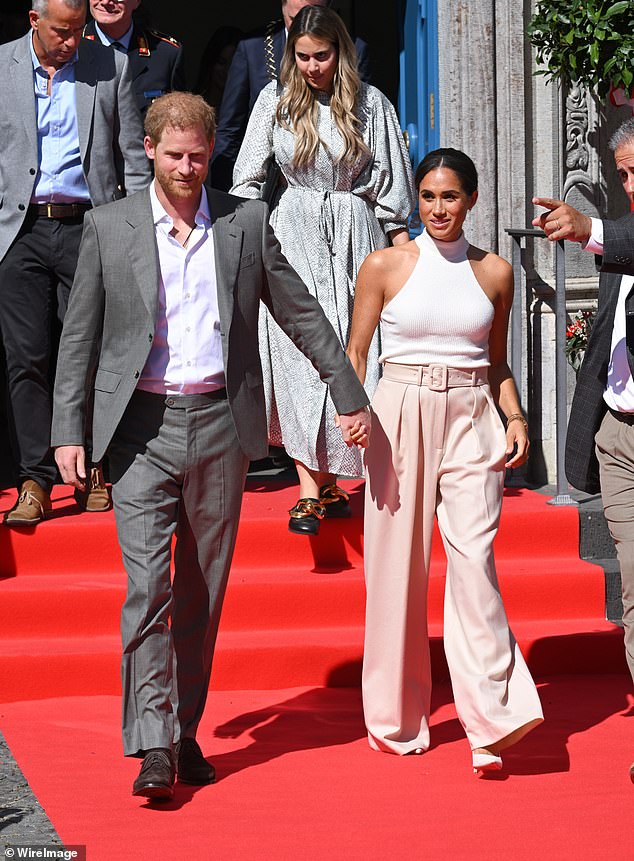 The Duke and Duchess of Sussex have dismissed The Sun’s apologies for Jeremy Clarkson’s contentious column as a “PR stunt.”

Clarkson stated in the editorial, which received the most complaints to IPSO, that he envisioned Meghan being paraded around British cities and publicly humiliated.

Now, Harry and Meghan have disclosed that they did not get a personal apology and have stated that they do not expect the public outcry to result in any significant change.

“The fact that the Sun has not apologized to the Duchess of Sussex demonstrates their intent,” a representative for the newspaper told HuffPost.

This is really a publicity stunt. Although the public appreciates The Sun’s apologies for their deadly words, we would not be in this position if The Sun did not continue to profit from and exploit hatred, violence, and misogyny.

Referring to the iconic Walk of Shame sequence from Game of Thrones, the ex-Top Gear host stated that he wanted to see Meghan Markle pelted with feces.

Separately, The Sun and Clarkson (above) made apologies for the column.

A sincere apology would involve a change in their coverage and ethical standards for everyone. However, we are not holding our breath.

The publication of Clarkson’s essay last Saturday drew criticism from prominent personalities, politicians, and his own daughter, Emily Clarkson.

The response exceeded the entire number of complaints received by the media authority in 2021, which was 14,355.

Friday, the publication issued the following statement: ‘Jeremy Clarkson wrote a commentary piece regarding the Duchess of Sussex in last Saturday’s Sun. It prompted a heated reaction and a considerable number of complaints to the independent press regulator, Ipso.

Kevin Lygo, the head of ITV, stated earlier this week that despite the outcry against Clarkson, he will continue to host Who Wants To Be A Millionaire “for now.”

Jeremy stated in a tweet earlier this week that he had made a “clumsy allusion to a Game of Thrones moment” that had “gone down poorly with a great many people” and that he was “horrified to have caused so much pain”. He added that he will be more cautious in the future.

The opinions of columnists are their own, but as a publisher we understand that with freedom of expression comes responsibility. The Sun regrets the publication of this article and extends its heartfelt apologies.

The newspaper noted that the story has also been eliminated from its archives and online.

The statement said, ‘The Sun has a long tradition of activism, from Help for Heroes to Jabs Army to Who Cares Wins, and over 50 years of working in cooperation with charities, our campaigns have helped to improve Britain.

‘Working with our readers, The Sun has worked to pass new legislation on domestic violence, supplied places in shelters, eliminated detrimental legal loopholes, and enabled abuse survivors to seek assistance. In 2023, we will continue to advocate for worthy causes on behalf of our readers.

Clarkson said in the article that he disliked the Duchess of Sussex “on a cellular level” and that he desired to see “people flinging poo at her.”

It follows the recent release of the six-part Netflix documentary about Harry and Meghan.

In the first three episodes, the pair accused the British media of seeking to ‘destroy’ Meghan and of ‘planting’ sensational rumors.

It follows the recent release of the six-part Netflix documentary about Harry and Meghan.

Kevin Lygo, the head of ITV, stated earlier this week that despite the outcry against Clarkson, he will continue to show Who Wants To Be A Millionaire?

Mr. Lygo, managing director of ITV Studios, stated at a Broadcasting Press Guild event in London, “I would say what he writes in his newspaper column… We have no influence over his speech.

Who Wants to Be a Millionaire?, is the most well-known television game show in the world. We hire him as a seasoned host of the show.

Therefore, it is outside of our expertise, but I have no idea what he was thinking when he wrote that. It was terrible.’

Mr. Lygo responded affirmatively when asked if ITV will retain Clarkson as host of the quiz show, a job he gained from Chris Tarrant in 2018.

»The Duke and Duchess of Sussex view The Sun’s apologies for Jeremy Clarkson’s column as a “public relations stunt.”«