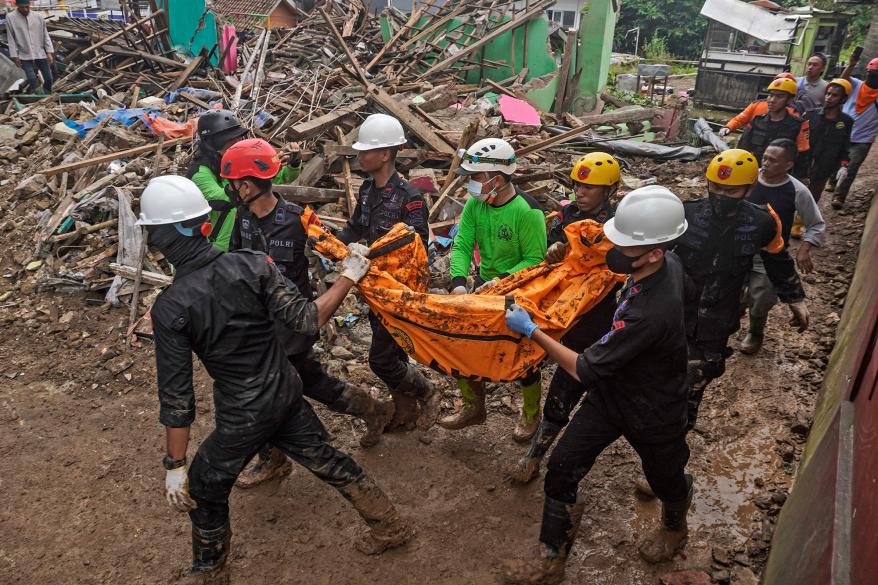 Saturday, the death toll from a strong tremor in Indonesia surpassed 300 as the search for victims continued.

Monday’s 5.6 magnitude earthquake, located in the Cianjur district of the main Indonesian island of Java, injured thousands of individuals and destroyed tens of thousands of dwellings. Friday, officials said that 310 people were dead and at least 24 are still missing.

According to the BBC, many of the casualties were youngsters, with 20 murdered in just one collapsed school.

Photos shot on Saturday in a Cianjur village affected by an earthquake-triggered landslide show destroyed homes with blue tarps covering the roofs of some of the structures that are still standing.

A dismal sight depicted rescue workers wearing hard hats standing on mounds of earth and carrying a body in an orange bag past what appeared to be a house’s remains.

Tragically, workers who spent all day Thursday searching for a 7-year-old in a hard-hit region discovered her death under three layers of concrete on Friday morning.

Numerous earthquakes occur in Indonesia, but this one struck a highly populated area with limited infrastructure, causing serious damage, according to specialists.