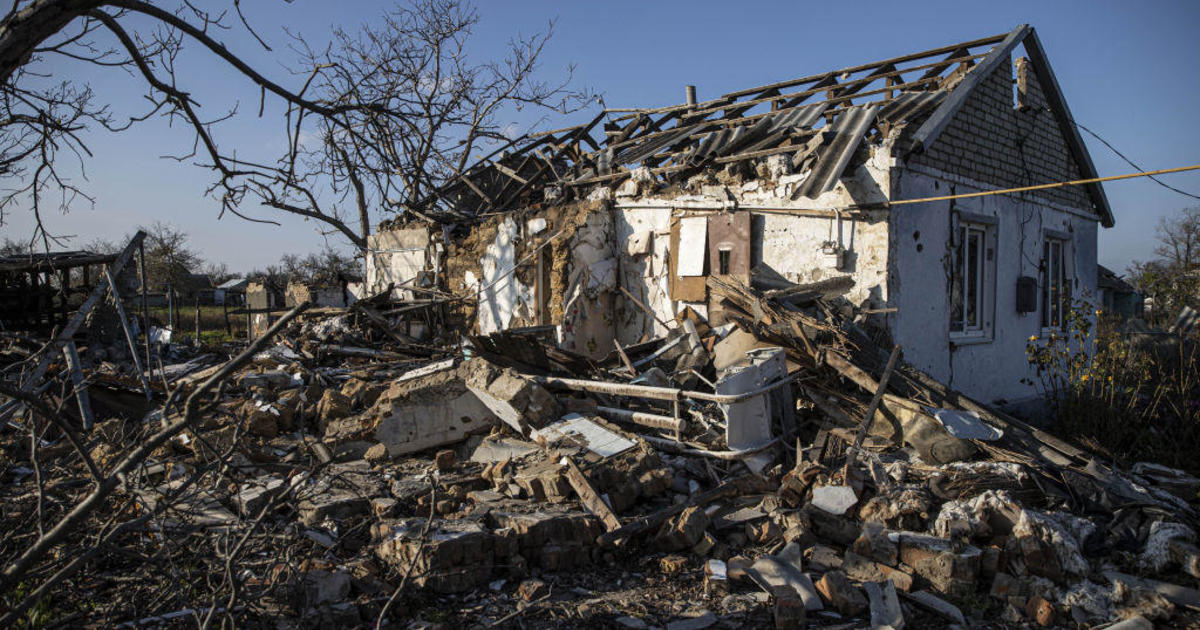 Residents of Kherson welcomed the end of Russia’s eight-month occupation for the third consecutive day on Sunday, despite the considerable devastation left behind by the Kremlin’s departing army in the southern Ukrainian city.

Despite the distant sounds of artillery fire, a euphoric throng gathered in Kherson’s main plaza as Ukrainian soldiers pressed on in their battle to expel Moscow’s invasion force.

“It’s a new year for us,” said Karina Zaikina, 24, who donned a yellow-and-blue Ukrainian flag ribbon on her coat. For the first time in many months, I entered the city without fear.

Despite the residents’ jubilation, evidence of Russia’s merciless rule was evident everywhere, and Russian forces still control approximately 70% of the greater Kherson region. After retreating, Russian soldiers are less than one mile from the city, across the Nieper River, when they blew up the bridge. The Ukrainian military has already discovered thousands of bombs and abandoned military vehicles abandoned by the Russians.

A view of the destroyed settlement that was recently recaptured from Russian forces on November 10, 2022 in Potemkin village, Kherson Oblast, Kherson, Ukraine. Metin Aktas/Anadolu Agency accessed through Getty Images

Zaikina and others waited in line to utilize a satellite phone link installed for everyone’s use in the square, allowing them to communicate with family and friends for the first time in weeks.

The downtown stores were closed. As a result of the mass exodus of citizens during the Russian rule, the city streets were sparsely populated. On Sunday, many of the few individuals who ventured out held yellow and blue flags. On the square, people waited in line to have soldiers sign their flags and were rewarded with hugs. Some wept.

Kherson also lacks electricity and running water, and food and medical supplies are in low supply. Residents said that Russian troops pillaged the city when they retreated last week, taking away loot. Before withdrawing across the wide Dnieper River on its east bank, they also sabotaged vital public infrastructure. A Ukrainian official referred to the situation in Kherson as a “humanitarian disaster.”

“I can not comprehend the nature of these individuals. I have no idea why they did it “local Yevhen Teliezhenko, clad in a Ukrainian flag, made the statement.

Nonetheless, he stated that “it became easier to breathe” after the Russians left.

On November 13, 2022, in the midst of Russia’s invasion of Ukraine, locals encircle Ukrainian soldiers as they celebrate the recapture of Kherson. AFP Images via Getty

“There is no finer Christmas than this one,” he proclaimed.

The demining of the city’s essential infrastructure is underway, according to Ukrainian authorities. Governor of the Kherson region Yaroslav Yanushevych stated that reconnecting the electrical supply is the top priority, as gas supplies are already secure.

The Russian withdrawal marked a significant victory in Ukraine’s resistance to Moscow’s incursion over nine months ago. In the previous two months, the Ukrainian military claimed to have recaptured dozens of towns and villages north of Kherson.

“We will not forget or abandon anyone,” he stated.

The retaking of Kherson by Ukraine was a major loss for the Kremlin and the latest in a string of combat humiliations. It occurred approximately six weeks after Russian President Vladimir Putin illegally annexed and declared Russian territory the Kherson region and three other provinces in southern and eastern Ukraine.

The U.S. embassy in Kiev tweeted on Sunday the remarks of National Security Adviser Jake Sullivan, who praised the Ukrainian victory in Kherson as “amazing” and “very astounding.”

Despite Putin’s recent partial activation of reservists, which increased soldier numbers by approximately 300,000, the trend reversed. This is difficult for the Russian military to comprehend.

Damage caused by the Russian withdrawal from Kherson as the Russian-Ukrainian conflict continues on November 13, 2022. Metin Aktas/Anadolu Agency accessed through Getty Images

The Institute for the Study of War, a Washington, D.C.-based think tank that monitors the conflict, remarked, “Russian military leadership is attempting, but largely failing, to integrate combat forces from a variety of organizations, skill levels, and equipment types into a more cohesive fighting force in Ukraine.”

Ben Wallace, secretary of defense for the United Kingdom, stated that the Kremlin will be “worried” by the loss of Kherson, but cautioned against underestimating Moscow. “If they require additional ammunition, they will do so,” he said.

The Ukrainian police asked locals for assistance in identifying Russian troops accomplices. Saturday saw the return of Ukrainian police officers and public broadcasting services. Ihor Klymenko, the head of the Ukrainian national police, stated that approximately 200 officers were establishing checkpoints and compiling evidence of possible war crimes in the city.

In what could be the next area to fall in Ukraine’s advance on land annexed by Russia, the Russian-appointed administration of the Kakhovka district, east of the city of Kherson, declared on Saturday that its staff will be evacuated.

“Today, the administration is the primary target of Ukrainian attacks,” claimed Pavel Filipchuk, the Moscow-installed leader of Kakhovka. “As a governing body, we are relocating to safer territory from which we will lead the district.”

Kakhovka is situated upstream of the Kakhovka hydroelectric power station on the east bank of the Dnieper River.

»The city of Kherson in Ukraine is facing a significant reconstruction«