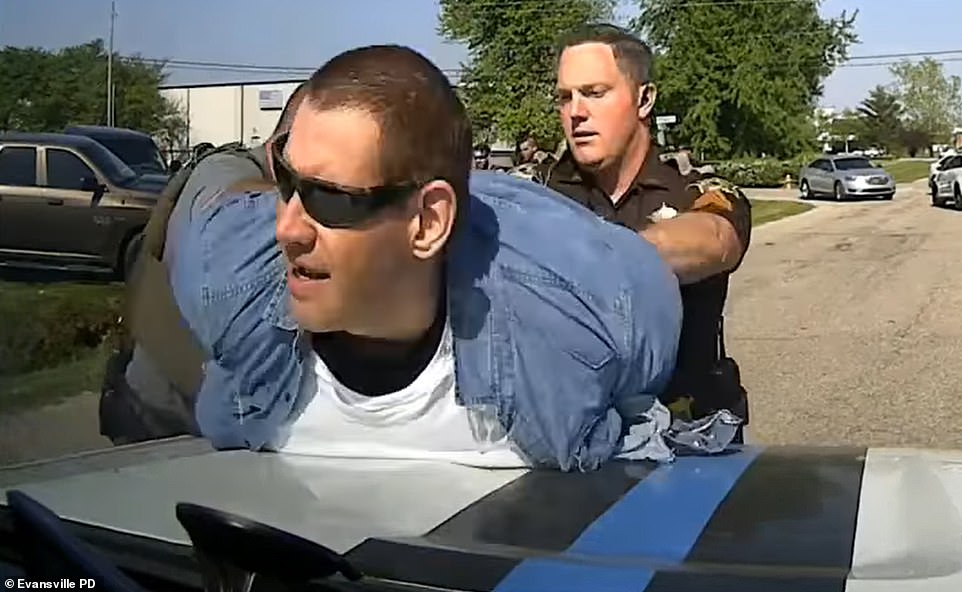 After 11 days on the run, Alabama fugitive Casey White was apprehended and his prison officer accomplice’s body was dragged lifeless from their car, according to new dashboard camera evidence from Indiana.

After pursuing police on a high-speed automobile chase, Casey White, 38, and Vicky White, 56, crashed their car in Evansville.

She died of a self-inflicted gunshot wound in the hospital on Monday night.

‘We need to clear some of this s*** to get to her,’ one officer adds as cops approach the automobile.

‘She’s still got the gun in her hand,’ says another officer, kneeling alongside the overturned car.

Authorities are still piecing together what happened over the 11 days after Vicky White escorted Casey White from a Florence, Alabama, jail for what she falsely said was a mental health evaluation after the manhunt ended.

Authorities in Alabama claimed last week that the offender and Vicky White appeared to have had a ‘jailhouse romance.’ They had nothing in common.

‘He wasn’t forcing her,’ the sheriff stated of her role in the escape. It was a mutually beneficial partnership.’