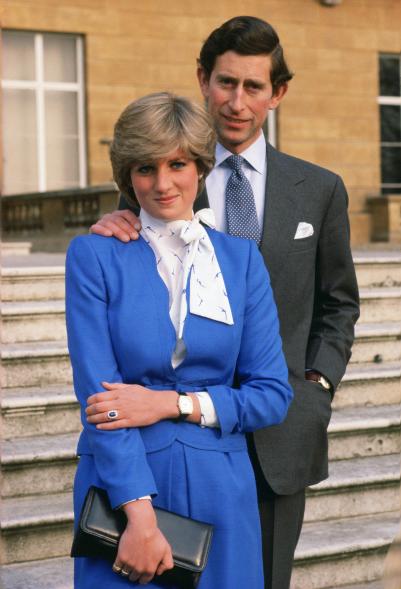 Fans of Princess Diana can purchase a piece of royal history for $500,000.

The massive amethyst-and-diamond cross pendant that the late monarch wore to a charity banquet in 1987 will be included in Sotheby’s annual Royal and Noble sale, which begins tomorrow; according to jewelry experts, the piece could be worth between $357,000 and $500,000.

Diana wore the Attallah cross from Garrard with a black-and-purple velvet Catherine Walker gown to a fundraiser for the pregnancy and childbirth organization Birthrights.

As Maxwell Stone of UK’s Steven Stone Jewelers told Page Six Style, “very few people could pull off an odd item like this, but Princess Diana could.”

Diana’s choice to wear the colorful necklace represented a huge departure in her style.

The CEO and Founder of Liori Diamonds, Avi Aranbaiev, told Page Six Style that while “such an artifact is priceless” due to its royal origin, the pendant “might sell for well over $500,000.”

“We have seen things with such sentimental worth sell for considerably more,” he added, noting that if the jeweler “were to replicate this exact necklace it would cost no more than 30k, but given the sentimental significance of this piece it doesn’t have a real value.”

Amethysts and diamonds set in gold and silver compose the pendant.

Stone claimed the piece was valued closer to £300,000, or $357,000, noting that the amethyst style “formerly belonged to Naim Attallah, a friend of Diana’s and former manager of Asprey who loaned it to her multiple times.”

“Although amethyst traditionally symbolizes the privilege of royalty, Diana’s choice to wear the pendant with an unusually long chain exemplifies her knack for showcasing her collection of royal jewels in an unconventional manner, unafraid to go against tradition and alter lavish pieces,” the jewelry expert continued.

Diana displayed her sapphire-and-diamond Garrard engagement ring in a photo from their engagement photocall.

The announcement of the sale follows the release of passages from Prince Harry’s explosive memoir, “Spare,” including the fact that King Charles made jokes about Harry’s “true” father after news broke that Princess Diana had an affair with Major James Hewitt.

As for the cross pendant, prepare your wallets: bidding on the exceptional item begins tomorrow and continues through January 18.

In 1989, Princess Diana wore the Lover’s Knot Tiara and her famed “Elvis” costume, both of which were daring fashion choices.
Tim Graham Image Collection through Get