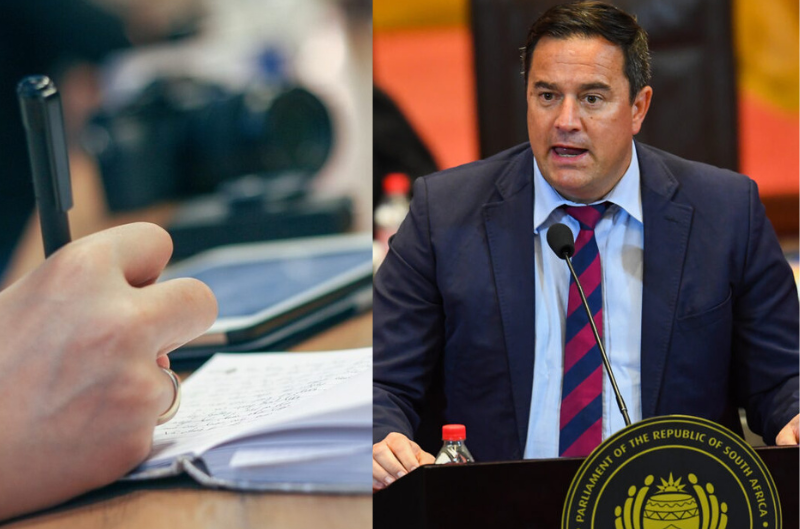 The DA determines the genuine matric pass rate from the Grade 10 cohort that should complete matric for TVET learners.

Have you picked up your results statement from school/exam center? When you get the statement, read the back. #MatricResults2022.pic.twitter.com/OvSGWjwGMF

— DBE SA. 2023.
Nodada said the national 45.4% fail rate and high dropout rate are particularly concerning because many of those learners contribute to the country’s staggering youth unemployment of 59.6% (6 in 10 young South Africans are unemployed)—over 3.5 million youth are not in education, employment, or skills training.

“Given that the Minister of Basic Education, Angie Motshekga, recently revealed in an answer to a parliamentary question that her department has not established a system of tracking learners that exit the public schooling system and does not have information regarding learners’ further education or employment paths means a high likelihood of learners joining the unemployment lines once they leave school, whether through dropping out or after graduation,” Nodada said.

The Shadow Minister further noted that only 38.4% of matriculants passed a Bachelor’s degree, compared to the Independent Examination Board (IEB89.32%. )’s All IEB passers (98.42%) qualified for tertiary education.

“Unless DBE addresses the twin issues of the high dropout rate and the ineffective curriculum offering that fails to develop knowledge and skills to access economic opportunities fully, most matriculants’ future will be minimal.”