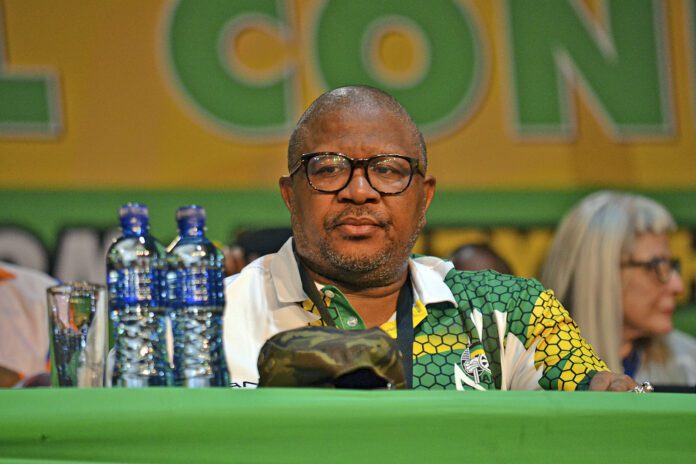 Fikile Mbalula, the ANC’s new secretary-general, has stated that the 55th National Conference will be postponed to January 5, 2023, two days prior to the party’s January 8th declaration.

Mbalula stated that next year’s resumption of the conference, which was scheduled to finish on Tuesday, will be hybrid and that his office will convey the relevant details in due time.

The commission reports and declaration procedures would be completed at that time. After the appointment of the top seven NEC members on Monday, the party was anticipated to reveal the newly elected NEC members. However, Mbalula stated that delegations must depart.

“Do not leave today without voting,” he instructed.

Friday marked the beginning of the conference at the Nasrec Expo Centre. So far, the majority of the issues on the agenda have been addressed, including the unveiling of the ANC’s top seven.

The nation was stunned when President Cyril Ramaphosa was re-elected, defeating former health minister Zweli Mkhize, who was also fighting for the role of party president.

Ramaphosa received 2,476 votes out of the total number of votes cast, while Mkhize garnered 1,897. None of KwaZulu-chosen Natal’s candidates made it to the top seven of the party’s list of favored candidates.

Despite the fact that the ANC in KwaZulu-Natal had previously stated that it would support Mkhize, delegates acknowledged on Monday that they had instead voted for Ramaphosa.

It was rumored that the ANC will emerge from the meeting more divided than ever. However, delegates from KwaZulu-Natal who voted for Ramaphosa said they believe in party unity, regeneration, and transformation. Monday, they affirmed to Sunday World that the conference was a success.

Siphile Mdaka, regional chairwoman of the Nokuhamba Nyawo region in KwaZulu-Natal, stated, “This is the national conference of the ANC; of course, we came here with leadership preferences in mind, but we also came with a particular stance on ANC policies and procedures. The chosen leadership is responsible for implementing the ANC’s agreed-upon policies and ensuring that they nurture the organization’s unity, which includes party revitalization.

“It is crucial for the ANC to appeal to the general populace so that we can engage them and return the state’s power, since the ANC uses state power to fulfill the desires of our people. We are optimistic that the elected leadership will be able to achieve what is necessary to win the national election in 2024.”