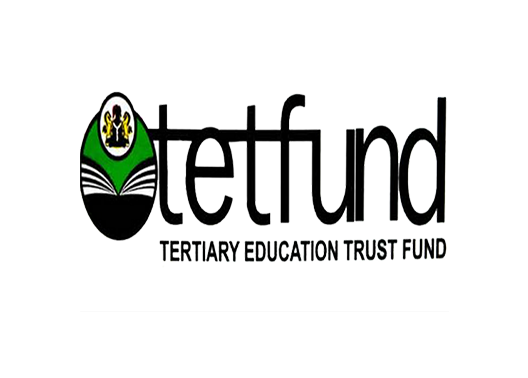 The allocation papers were presented to heads of the beneficiary institutions, at the National Universities Commission (NUC) on Monday by the Executive Secretary of the Fund, Sonny Echono.

According to Echono, the desire to develop human capital to service the various sectors of the Nigerian economy, primarily informed the government’s investment in the education sector adding that “The government is not unmindful of the deficit in the tertiary sub-sector, he noted that it also informed the establishment of the Tertiary Education Trust Fund; which was initially referred to as Education Tax Fund in 1993 and later metamorphosed into Tertiary Education Trust Fund in 2011.

The Executive Secretary decried the instances of distressed or non-performing projects which according to him were becoming rampant and disturbing.

He equally lamented the instances of distressed or non-performing projects which according to him were becoming disturbing.

“This phenomenon becomes even more worrisome when viewed alongside the problem of un-accessed funds We are mindful of the intricate variables in project management and delivery as well as the constraints created by our own internal policies and are ensuring that we review our processes where required but will also demand from beneficiary institutions accountability and sanctions where needed.

“I will in the coming weeks be engaging beneficiary institutions who have these serious problems with the view of bringing the projects to speedy completion and use,” he noted.

It would be recalled that TETFund’s mandate involves the utilization of initially 2% and now 2.5% Education Tax charged on assessable profit of all companies registered in Nigeria to improve the conditions, and quality of the nation’s public tertiary institutions.

Echono who recently succeeded Prof. Elais Bogoro as Executive Secretary of TETFund pledged to boost the ICT capacity of the Fund in order to ensure seamless operations.

According to him, “Upon assumption of office. I received briefings and presentations from all the departments of the Fund on the status of their various activities. This was to enable me to assess the level of progress and to see if there are issues that needed to be addressed urgently.

“One of our primary areas of focus is digital literacy and the development and deployment of information and communication technology (ICT), including ubiquitous broadband and data connectivity/access to our institutions to enhance our ICT capabilities.

“This informed my visit to the Minister of Communications and Digital Economy to discuss possibilities and collaboration on our interventions and other needs in our tertiary institutions presently, the ICT department has embarked on several projects that include; dematerialization and digitalization of thesis project 2 aggregations of electronic databases subscription project among other innovations.”