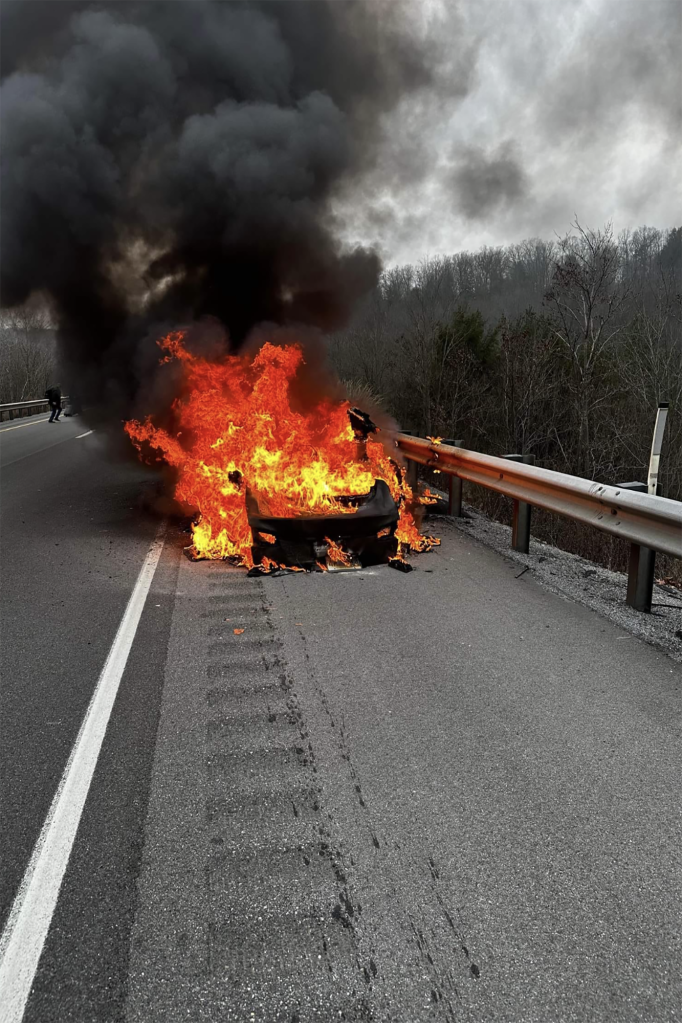 On a Pennsylvania roadway, a huge piece of debris became wedged underneath a Tesla, which then caught fire.

WTAJ reports that a family traveling to Massachusetts to visit relatives pulled over on Interstate 80 when their Tesla Model S began to smoke.

Due to the Tesla’s lithium-ion battery, the Morris Township Volunteer Fire Department battled the intense flames and smoke for two hours.

The agency calculated that around 12,000 gallons of water were utilized to extinguish the vehicle’s blaze.

The family’s dog was also in the car, but he was able to escape unharmed.

The Tesla car was engulfed in flames before firefighters could extinguish it.
Morris Township Volunteer Fire Department

Due to the vehicle’s lithium-ion battery, the fire crew fought the large Tesla fire for about two hours.
Morris Township Volunteer Fire Department

According to WTAJ, the family pulled over when their Tesla Model S began smoking on the interstate.
Morris Township Volunteer Fire Department

Photos of the devastation’s aftermath depict the well-known automobile reduced to its tires, exterior frame, and a mound of metal.

The fire brigade stated, “This car burned so fiercely and for so long that if it weren’t for the rims, you may not have known it was a vehicle.”

»Tesla goes up in flames on a Pennsylvanian highway«