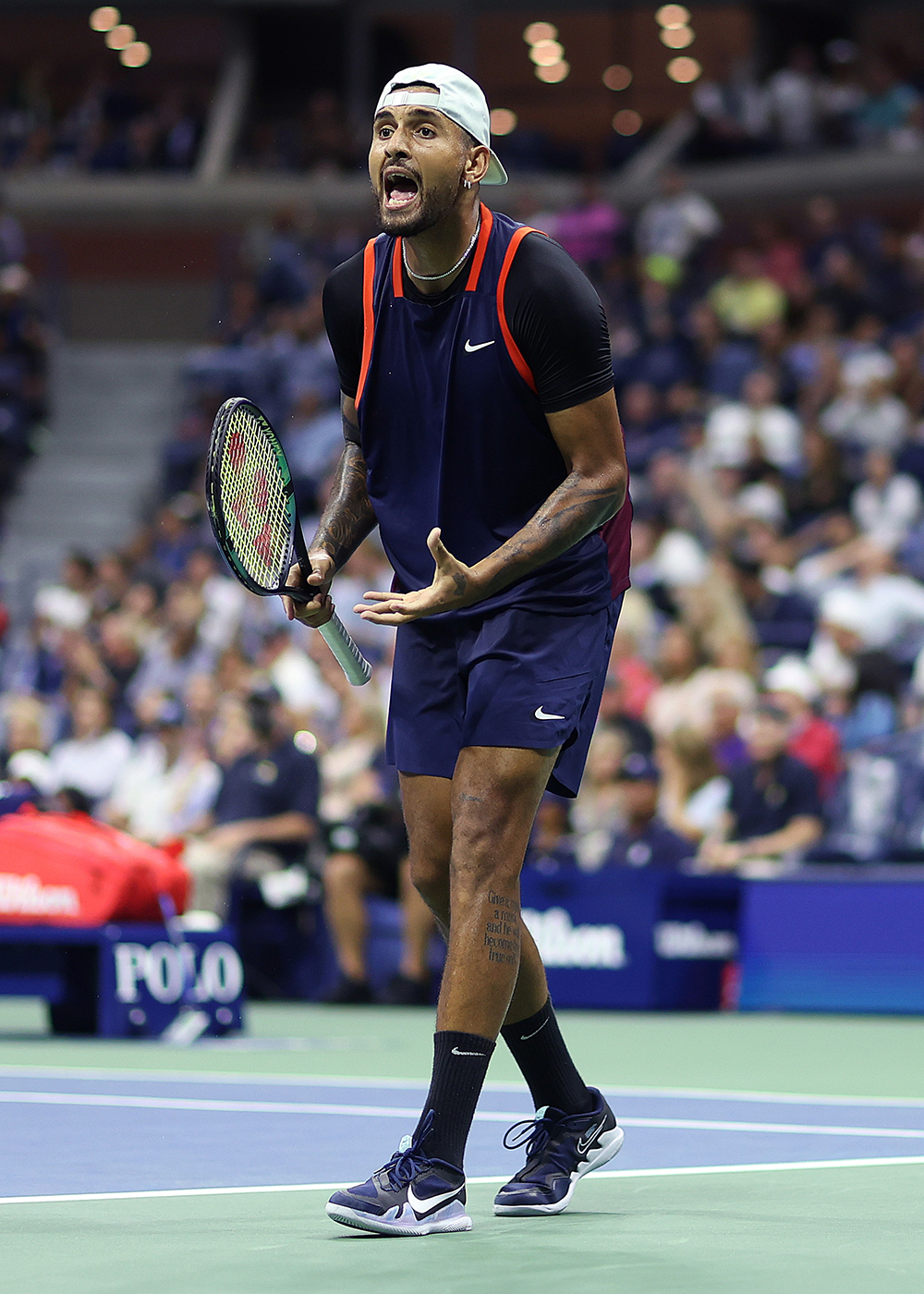 In the 10-part Netflix tennis documentary “Break Point,” which follows the game’s top players, the 2022 Wimbledon finalist shared his issues with mental health and previous drinking behaviors. Kyrgios, who has emerged as one of sports’ most contentious figures, is the focus of episode 1.

When discussing how celebrity affected him at the beginning of his career, the 27-year-old Australian is at one point in a serious chat with his partner Costeen Hatzi and his manager/close friend Daniel Horsfall.

According to Kyrgios, “the first four or five years of my career were so chaotic.” Horse [Horsfall], who was essentially the only person responsible for caring for me while I was on tour, could clearly see my mental health deteriorating every week. I was drinking every single night, and my life was spiraling out of control.

Horsfall termed that period of time “tough” and recalls having to go looking for Kyrgios several times after nights out.

Before competitions and matches, Horsfall would personally go locate you. “I used to have your location on my phone,” he recalled. “Some mornings I would physically go find where you were, what hotel you were at, who’s house you were staying at.” That was difficult.

Kyrgios went on to say that in order to lead a more “normal” existence, his problems caused him to alter his connection with tennis.

I realized that I couldn’t keep doing this, Kyrgios recalled. “I must be more forgiving of myself. I could never be a year-round player for the sake of my mental health. I was unable to accomplish it. I cherish my close friends, my family, and Cosi [Hatzi] too much to ever again choose tennis over them. It’s not healthy, in my opinion.

“I truly don’t have any expectations for my current matches. I just want to go out and enjoy myself, let the stress go, and then we can sort of lead more typical lives. Definitely, it’s lot better this way.

Kyrgios’ mother, Norlaila, recounted a time when her son was “always angry” earlier in his career. She makes a brief appearance in the episode from their native Australia.

He’s been through some incredibly difficult situations, so I worry about him every day,” Norlaila said before adding, “He simply turned hostile. He was frequently angry. Always incensed over something.

Prior to the playing of video from Kyrgios’ multiple on-court tantrums, viewers can see his mother carrying a shattered tennis racket.

Norlaila revealed to Nine News that she discovered Kyrgios had self-harmed in the past during Wimbledon in July. Norlaila recounted Kyrgios’ previous manager, John Morris, telling her that Andy Murray, a former world number one, approached him after noticing signs of self-harm on Kyrgios’ body while they were working out together a few years earlier.

“The self injury… At the time, Norlaila told Nine News, “I saw that and somebody told me that. “When I questioned him about it, he refused to discuss it at the time. Andy is concerned about Nick, according to John, who told me that Andy has noticed some signs of Nick’s self-harm. And I place the blame elsewhere. for merely criticizing and harassing him. Even those we believed to be on his side.

The Netflix documentary featured No. 22-ranked Kyrgios, who claimed that his life was changed after beating Rafael Nadal, the No. 1-ranked player in the world, at Wimbledon in 2014.

Kyrgios admitted, “I really didn’t know how good I was.” “When I was 17, I just assumed I was going through a growth spurt, but then I started to slide and move, and things really got serious… My life altered in 2014 after my Wimbledon breakthrough.

“From no one knowing who I was to people camped outside my house, things changed for me. Everything was transformed by that game. My expectation to be the next big thing was enormous from that point on.

The movie “Break Point” depicts Kyrgios’ outburst during a second-round four-set loss to Daniil Medvedev at the 2022 Australian Open in January. Kyrgios threw his racket on the ground while yelling at the referee.

A similar breakdown occurred during a turbulent period at the 2022 U.S. Open in September for Kyrgios.

According to Kyrgios, “I lose my s-t because of little things happening out there.” I simply have a short fuse. It almost feels automatic.

“When the fight is on, I become two different persons. I occasionally go beyond the limit because of my emotion or my desire. You have millions of viewers, yet you’re not giving your finest performance. Would you not feel irritated and frustrated? I have to express myself publicly.

Kyrgios threw a fit on the court after losing to Karen Khachanov of Russia in the quarterfinals to end his tournament run. He smashed his racket repeatedly before grabbing a second racket and throwing it on the floor.

Throughout Kyrgios’ matches at the Australian Open and U.S. Open last year, Hatzi, 22, was present. Throughout the Netflix documentary, which features the duo holding hands and kissing, the Sydney-based blogger and Instagram influencer can be seen encouraging the tennis star.

Hatzi remarked, “He’s not as wild as everyone thinks he is. “This is all new to me because I have never really watched a tennis match in my life.”

Hatzi revealed that she and Kyrgios met online and have been hanging out daily since beginning their relationship during the Australian Open two and a half months ago.

In December 2021, not long after his widely publicized breakup with his ex-girlfriend Chiara Passari, Kyrgios made his relationship with Hatzi Instagram official. Assault charges against the athlete arise from an event that happened in late 2021.

Kyrgios will take part in the Australian Open, which gets underway on January 16.

On January 13, the first five episodes of the Netflix series “Break Point” will air. Episodes 6 through 10 of “Break Point” Part 2 will be released in June.