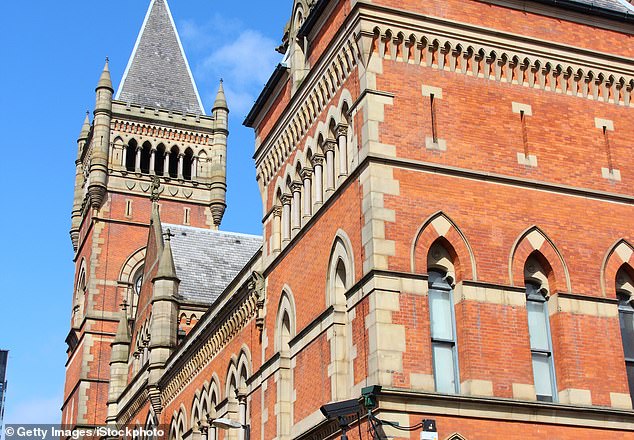 An 18-year-old woman was repeatedly raped by two teens after being sent away from a nightclub because she was intoxicated.

In targeting the defenseless adolescent in Wigan, Tyquante Reid, now 18 years old, and a 16-year-old kid who cannot be identified for legal reasons due to his age, “showed worrisome predatory behavior,” according to the Crown Prosecution Service (CPS) after both were imprisoned.

Reid, a resident of Dallow Road in Luton, Bedfordshire, and a 17-year-old at the time, was held for six years and eight months.

The 16-year-old, who had no known residence, spent six years and six months behind bars.

Both were found guilty following a trial despite their denials of the charges and were jailed on November 29 at Manchester’s Minshull Street Crown Court.

The woman, who had been separated from her pals, was denied admittance to the Popworld nightclub in Wigan town center because she was intoxicated, according to a statement from the CPS.

After being “ushered” into a cab by Reid and the adolescent, she was driven to an apartment where she was raped.

The two defendants approached her and led her into a cab, with Reid, who was 17 at the time, acting as the lead defendant, according to a CPS spokeswoman.

She believed she was heading home, but instead they brought her to a flat in Aspull, Wigan, a place she was unfamiliar with, where they alternated raping her.

She pleaded with them to let her go home, but they insisted that she perform oral sex on them first.

She pretended to be taking a call from a cab when she dialed 911 at 1:55 in the morning. She had spent 45 minutes inside the apartment.

She said that two males had sexually assaulted her and that she was lost.

She was instructed by the operator to exit the apartment and seek assistance at a door. She was taken inside by a neighbor, who stayed with her until the cops showed there.

“The defendants hastily fled the property and caught a cab out of the neighborhood when they saw the police vehicle arriving through the flat window,” the court document reads.

They are “dangerous sexual predators,” according to Wendy Chappell, Senior Crown Prosecutor for CPS North West.

“These two young males displayed alarming predatory behavior when they selected a woman who was plainly vulnerable due to alcohol,” she added.

They forced the woman to testify against them in court, which was an additional painful event that they had her go through.

“I want to congratulate this really courageous young woman for her swift decision to inform the police and seek safety.

Her selfless deeds unquestionably prevented other women from suffering at the hands of these terrible sexual predators.