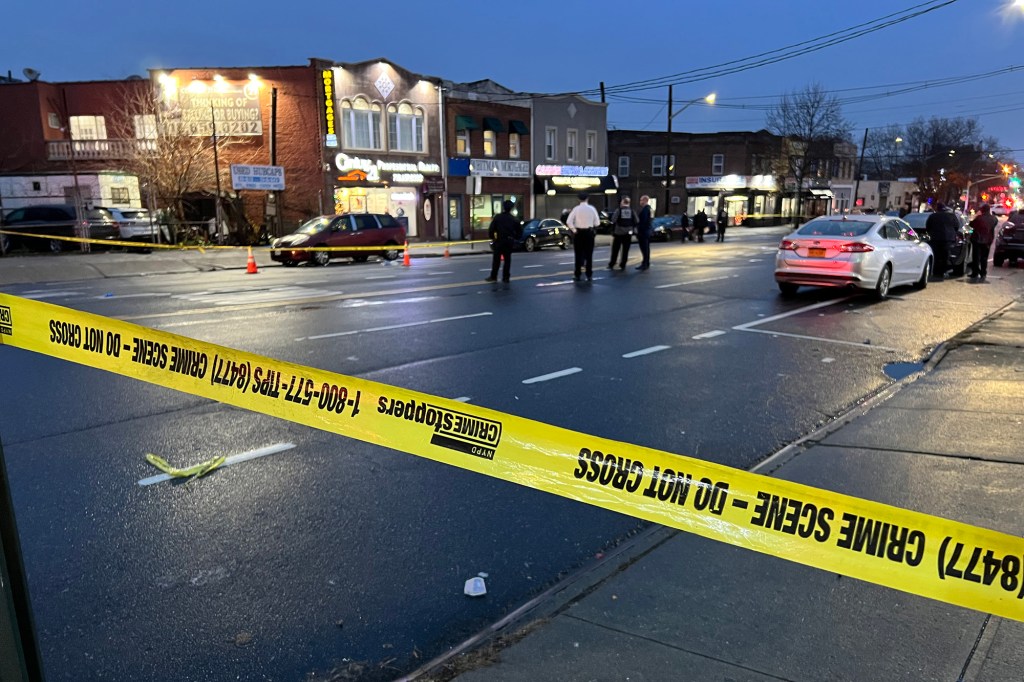 Friday, police announced that a 13-year-old kid was among three youths charged in a fatal attack on a man in Queens.

The three, comprised of a 15-year-old and a 17-year-old, is accused of participating in a gang assault on two males following an argument just before 4 p.m. Wednesday in South Ozone Park along Lefferts and Rockaway boulevards, according to the police.

According to police, a member of the gang that attacked the two pulled out a knife and stabbed 20-year-old Justin Shaw in the chest.

Shaw was transported to Jamaica Hospital, but it was too late to save him.

The other victim, a 20-year-old man, was also sent to the hospital with a stab wound to his right leg. He was anticipated to recuperate.

The juvenile suspects were then arrested and charged with assault and gang assault, according to police. Due of their ages, they were left unidentified.

One person was fatally stabbed on Rockaway Boulevard near Lefferts Boulevard in Queens on Wednesday.

Also charged with criminal possession of a weapon was the oldest juvenile.

It was unclear if police were looking for anyone else in connection with Shaw’s death or if any of the kids apprehended will be charged with homicide.

Friday, police stated that they did not know what caused the deadly occurrence.