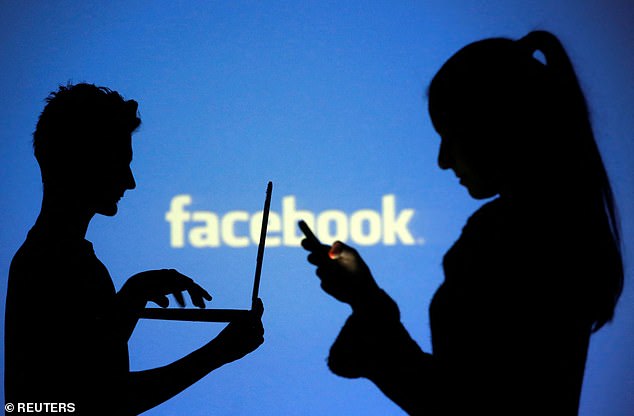 News content created by British publishers generates around £1billion in UK revenue for Google and Facebook every year, a leading academic has found.

Professor Matthew Elliott from Cambridge University said both US tech giants relied on journalism to keep users engaged, which was crucial to their business models.

Yet, despite helping the platforms to earn at least £16billion every year in the UK, the media organisations that created the content received ‘little, if any’ compensation.

Any profits generated as a result of the investment publishers put into creating first-rate journalism should go to them rather than Google and Facebook, Professor Elliott said.

Paul Zwillenberg, chief executive of the Daily Mail and General Trust, yesterday said the Daily Mail invested a lot in journalism and ‘deserves to be fairly rewarded’.

Speaking at the Deloitte and Enders Media and Telecoms conference 2022, he criticised the ‘unfair’ deal, telling the audience: ‘The value of journalism in the UK – for newspapers, both regional and national, magazines, and broadcasters – is approximately £1billion.’

Not only should payment for content be fair, he said, but that it was also ‘important that the rules of engagement are clear’.

‘What do I mean by that? I mean algorithms that are fair, reasonable, and non-discriminatory. Free from bias and self-preference.’

It has led to renewed calls for the Digital Markets Unit (DMU) to urgently be given the powers it needs to level the playing field between news publishers and online giants.

News content is highly important for digital platforms because it keeps users engaged and provides valuable data for online advertising, the study said.

Entitled the Value of News to Digital Platforms in the UK, it found around two thirds of Google search results in the UK showed up links to news articles.

This can appear through direct search queries or those that appear indirectly but capture the attention of the user and help give a better answer.

Its algorithms have been developed to maximise user engagement, which in turn enables it to sell more ads and collect more user data with which to target these ads.

Google earned £10.8billion and Facebook made £5.3billion in the UK in 2021, according to estimates based on company reporting.

But Professor Elliott said: ‘They share little, if any, of these revenues with the publishers on whose news content they rely.

By considering how much revenue Google and Facebook might lose if news content were to be withheld, it is estimated that the value of news to the platforms is about £1billion a year.

‘If the public is to continue to be served with high-quality news, the benefits from the investment in journalism made by news publishers should mainly accrue to them, not Google and Facebook.’

The draft Digital Markets, Competition and Consumer Bill was announced earlier this week in the Queen’s Speech.

It will empower the DMU to force tech giants to comply with codes of conduct – or face fines of up to 10 per cent of annual turnover.

Mr Zwillenberg said: ‘It’s now firmly on the agenda and we’re now at a point where can open a new chapter and actually discuss what is a fair and level playing field.’

Meta said Facebook’s New Feed in 2021 sent over 180 billion clicks to news publishers at no charge to them, with the additional traffic worth an estimated £7.4bn.

A spokesman also highlighted the investments it had made in journalism, including £12.5m in the Community News Project, a partnership with the NCTJ to help local newsrooms and improve diversity.

He said last year the company had also launched Facebook News, a dedicated surface for national and local news that had paid tens of millions of pounds to hundreds of news sites to be part of its service.