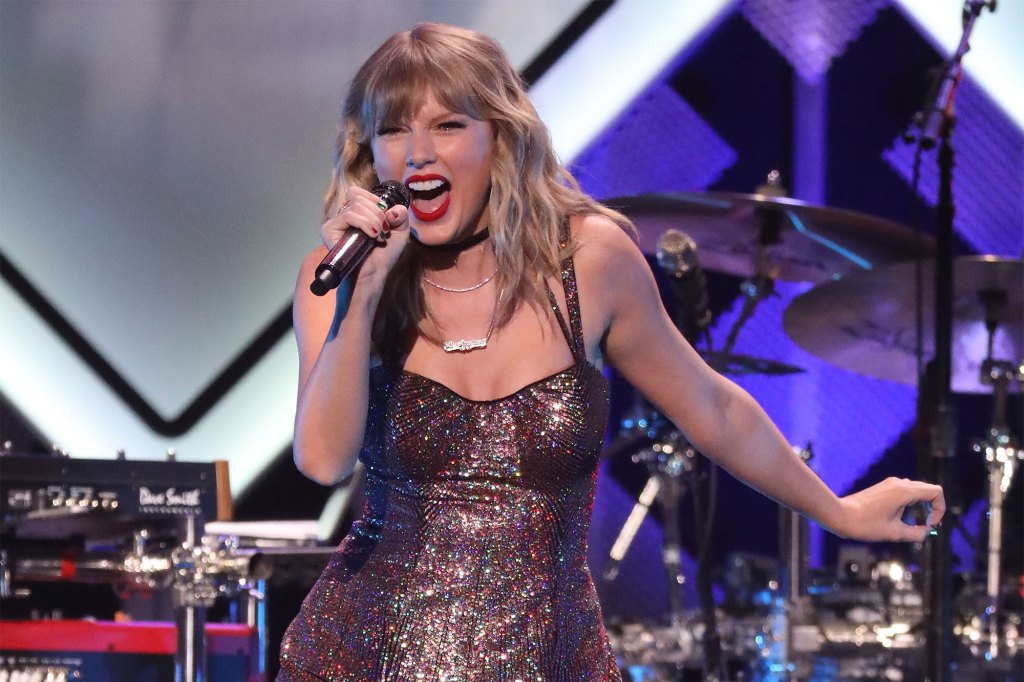 It is now T time.

Swift made an appearance at a 1975 event at London’s O2 on Thursday, performing “Anti-Hero” off her chart-topping “Midnights” album for the first time live.

The 33-year-old Grammy-winning musician also sang “The City” by the 1975 before a delighted throng.

Fans clamored to record a clip of her performance, and the Twitter platform for popular culture, Pop Base, shared a video and snapshot of Swift in a silver dress with her distinctive red lips.

“Anti-Hero” — with the classic lyric “It’s me, hi, I’m the problem, it’s me” — was a big TikTok trend last year, and Billboard named it the album’s best song.

Swift’s entrance on stage was a once-in-a-lifetime surprise for British fans, but other fans will not be so fortunate. The forthcoming “Eras” tour is completely sold out, and those who won tickets paid a premium.

Upon the October release of “Midnights,” which broke Spotify’s record for most streamed artist, the “Bejeweled” singer announced her tour, four years after touring the globe for “Reputation.”

The “Anti-Hero” singer made a surprise cameo during The 1975’s concert in London, performing her famous song live for the first time.

After fans cleaned out the pre-sale, Ticketmaster halted the public sale of seats because supply did not meet demand.

“Well. Swift earlier said on her Instagram Stories, “It goes without saying that I am extremely protective of my fans.” “It’s extremely challenging to entrust an outside entity with these relationships and allegiances, and it’s agonizing for me to watch mistakes occur without recourse.”

The pop artist criticized the ticketing behemoth at the time, stating that her team “asked them multiple times if they could handle this kind of demand, and they assured us they could.” While 2.4 million Swifties secured tickets, millions of others were left heartbroken.

While the ticket business apologized to Taylor Swift and her fans for the incident, some customers said they were victimized by money-hungry scalpers, while others claimed they were charged for tickets they never received.

Swift is overcoming the ticketing error, while Ticketmaster is facing the music.

The Attorney General of Tennessee, Jonathan Skrmetti, promised to investigate the corporation after receiving a barrage of furious mail from rejected seat applicants. Meanwhile, the antitrust and consumer rights subcommittee of the United States Senate was planning a hearing on Ticketmaster issues.

Swift has been acclaimed as a lyrical “Mastermind” – with her “Easter eggs” as icing on the cake.

Before the release of “Midnights,” the singer re-recorded her previous albums under the moniker “Taylor’s Version,” releasing her own versions of “Fearless” and “Red.”

She caused a stir with her rendition of “All Too Well (10-minute version)” Fans are certain that the mournful song is a jab at her ex-boyfriend, actor Jake Gyllenhaal, claiming that they have understood the song’s mysterious lyrics.

Swift will examine all of her “Eras” throughout her nearly 20-year career on her next tour.