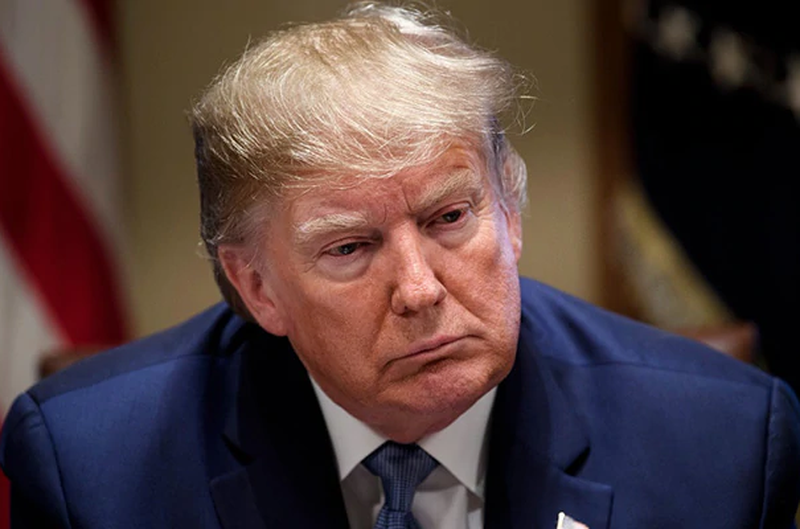 The figure, which is insignificant to the rich real estate developer, is symbolic of the ex-aspirations president’s to return to the White House despite a multitude of legal issues.

Following a trial, they were found guilty on all 17 counts, marking the first time the firms had ever been convicted of a crime.

Trump was not personally charged, but the verdict has harmed his reputation as he pursues the Republican nomination for president in 2024.

Additionally, the US Congress will release Donald Trump’s tax returns.

This judgment and sentence serves as a reminder to firms and executives that they cannot deceive tax authorities and get away with it, according to Manhattan District Attorney Alvin Bragg.

Between 2005 and 2021, the Trump Organization, which is currently managed by Trump’s two adult sons, Donald Jr. and Eric, concealed the remuneration it paid to its senior executives.

Allen Weisselberg, the company’s longtime CFO, was sentenced to five months in prison and ordered to pay $2 million in fines on Tuesday for his role in the fraud.

He pleaded guilty to conspiring with the corporation to receive concealed advantages, including a rent-free residence in an upscale neighborhood, luxury cars for him and his wife, and private school tuition for his grandchildren.

As part of a plea agreement, the 75-year-old pleaded to 15 counts of tax fraud and testified against the Trump Organization. During the trial, he did not incriminate President Trump.

Trump referred to the Manhattan District Attorney’s investigation as a “witch hunt” and asserted that Weisselberg acted alone.

CIVIL SUIT
Friday’s sentencing does not end the former president’s legal troubles, since he has been repeatedly accused of breaching the law.

Trump was impeached twice during his presidency from 2017 to 2021, the first time for abuse of authority and obstruction of justice, and the second time for incitement to rebellion following the January 6, 2021 assault on Congress by his supporters.

Additionally, a journalist who accused Trump of rape in the 1990s has filed a fresh lawsuit.

The congressional investigation of January 6 decided in December that he should be charged with insurrection and conspiracy to defraud the United States.

Trump is also being investigated for allegedly illegally storing highly sensitive materials at his Mar-a-Lago estate in Florida and impeding the inquiry into the matter.

In Georgia, he may be indicted for interfering with voting in the state during the November 202 election, which he lost to President Joe Biden.

And in New York, Attorney General Letitia James has filed a civil claim against Trump and three of his children, accusing them of fraud by overvaluing assets to acquire loans and then undervaluing them to reduce taxes.

James seeks $250 million in penalties and a ban on Trump and his children serving as executives at New York-based enterprises.