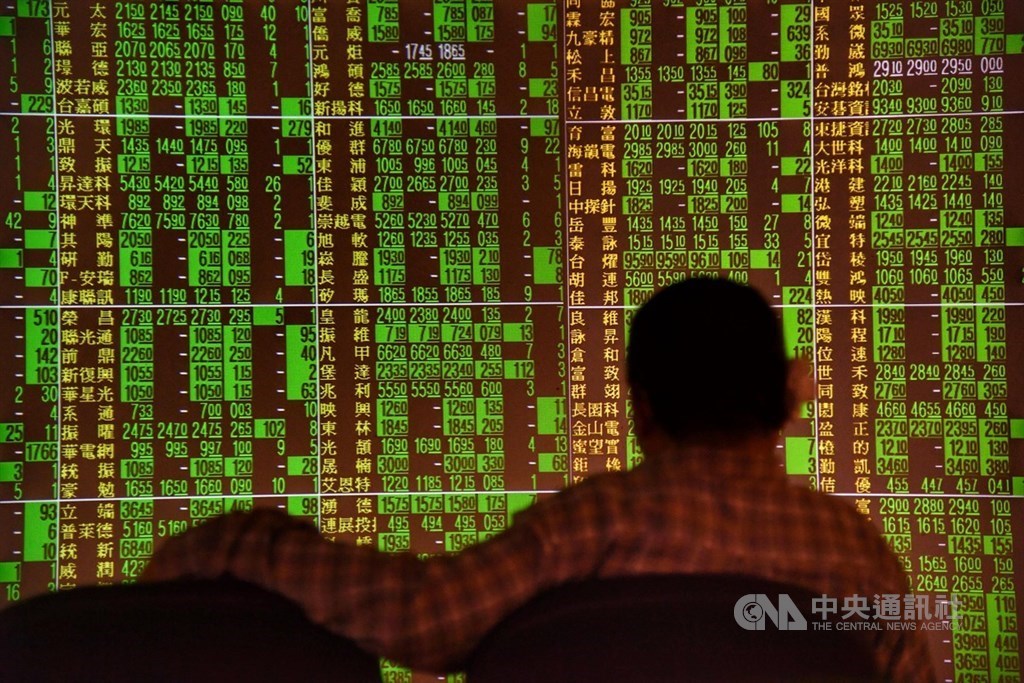 Selling was seen across the board, focusing particularly on transportation and financial stocks, while the bellwether electronics sector was somewhat resilient, they said.

The market opened down 0.27 percent but soon rebounded as it tried to recoup its earlier losses. The rebound did not last, however, as selling pressure reemerged, pushing the broader market below the 17,000-point mark by the end of the session, dealers said.

“The yield of the benchmark U.S. 10-year Treasury continues to rise, and many investors worry the uptrend could lead the Federal Reserve to turn more hawkish on interest rates,” Huang said.

In the old economy sector, the transportation industry, where many major shipping and airline stocks are traded, suffered heavy downward pressure throughout the session and fell 2.70 percent.

“The bright spot for today was that the electronics sector appeared resilient as many tech heavyweights attracted bargain hunters,” Huang said. “But I think that resilience will be short-lived given the rising interest rates.”

The electronics sector fell 0.11 percent, with the semiconductor sub-index down only 0.08 percent, after contract chipmaker Taiwan Semiconductor Manufacturing Co. (TSMC), the most heavily weighted stock in the local market, lost 0.18 percent to close at NT$561.00.

“The stock also moved lower Friday after TSMC gave a rosy picture Thursday of its sales growth for 2022. The losses had nothing to do with its fundamentals as TSMC and its tech counterparts remained bothered by rate hikes,” Huang said.

On Friday, TSMC lost 1.92 percent to push down the Taiex by 1.4 percent, although the chipmaker forecast a day earlier that its sales would grow 25-29 percent in U.S. dollar terms in 2022, and the growth could even top 29 percent.

Bucking the downturn on the Taiex, biotech stocks attracted buying on a spike in domestically transmitted COVID-19 cases.

“Futures on the U.S. markets are trending lower, pointing to an ugly opening on the spot market later in the day,” Huang said. “U.S. volatility is expected to continue to weigh on shares in Taiwan,” he said.

According to the Taiwan Stock Exchange, foreign institutional investors sold a net NT$10.42 billion in shares on the market Monday.