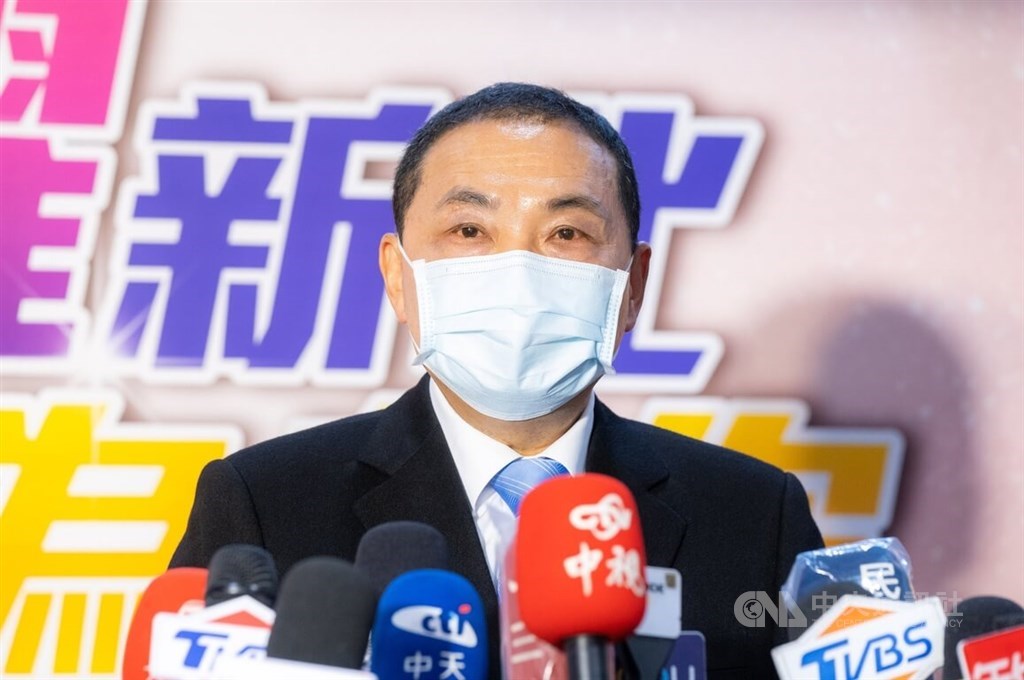 Taipei, April 19 (CNA) A two-year-old boy from New Taipei on Tuesday became the first child in Taiwan to die of COVID-19 since the pandemic began, which doctors attributed to the rapid deterioration of his condition after he developed symptoms.

The hospital said in a statement that although it tried hard to save the boy, who tested positive for COVID-19 on April 14 and was admitted to an intensive care unit (ICU) later the same day, he died of brain stem encephalitis, which resulted from septicemia triggered by the COVID-19 infection.

The hospital said the boy was pronounced dead at 3:46 a.m. Tuesday with his parents by his side.

Prior to his death, nobody under 30 had died of COVID-19 complications in Taiwan.

When the boy arrived at the hospital on April 14, he was unconsciousness with a high fever, and was quickly intubated and put on a ventilator, the statement said.

Due to the severity of the infection, Shuang Ho Hospital physicians worked closely with National Taiwan University Hospital (NTUH) doctors to treat the boy, but he never recovered.

The hospital said the boy’s condition worsened rapidly after he was infected, with intensive check-ups showing organ abnormalities, including abnormal liver function, low blood cell counts, and water retention in his brain stem.

In an online news conference held Monday, Shuang Ho Hospital chief Cheng Yi-chun (程毅君) said that after consultations with NTUH, doctors agreed that the severity of the child’s infection and the speed at which his condition deteriorated was highly unusual.

Choking back tears, New Taipei Mayor Hou Yu-ih (侯友宜) said Tuesday that he was informed of the child’s death during a meeting and that the hospital and the city government had done their best to save him.

The boy’s parents have been highly critical of the authorities’ initial response and the bureaucratic run-around they said they faced when they were desperately trying to get their son medical attention.

The New Taipei City Department of Health then contacted her at 6:30 p.m. to check on the child’s condition and arrange for an ambulance, which brought him to the hospital at 7:31 p.m., Chen said.

But that timeline omits key facts and does not reflect the difficulties the family faced, according to the parents.

The boy already had a fever when his mother brought him and his sister to get a COVID-19 PCR test on Thursday morning, but the hospital asked them to return home and wait for the results.

That afternoon, according to the boy’s father, he and his wife noticed that something was amiss, and because of the possibility their son had COVID-19, they followed the guidelines laid out by Taiwan authorities rather than bringing the boy directly to the hospital.

They made several calls to the Zhonghe District Public Health Center starting at 4:30 p.m., and the two times they got through, they were told to fill out an online form, the father told local media.

Unable to get help from the health center, they then called the 1922 hotline, which contacted the New Taipei Department of Health for help.

In the meantime, they also contacted the 119 fire department hotline to call for an ambulance, but the 119 operator said they could only dispatch an ambulance after getting approval from the Zhonghe health center, according to the father.

Between these calls, his son’s condition worsened, the father said.

“My child went from being active and conscious to being inactive. It took more than two hours for him to be sent to hospital. Doesn’t that show a delay during the process,” the father was quoted as saying by TVBS in one of the interviews he gave.

According to an account provided by two New Taipei city councilors who spoke with the parents, it was not until 6:30 p.m. that the Department of Health contacted them, setting in motion the process of getting an ambulance.

Chen responded on Tuesday by saying the Central Epidemic Command Center (CECC) would meet with pediatricians on Wednesday to discuss guidelines for sending children to the hospital as well as potential warning symptoms and recommendations on how to respond.

Chen also noted on Monday that Taiwan’s Food and Drug Administration (FDA) on Sunday authorized the use of the Moderna vaccine for children aged 6-11 to better protect children from the disease.