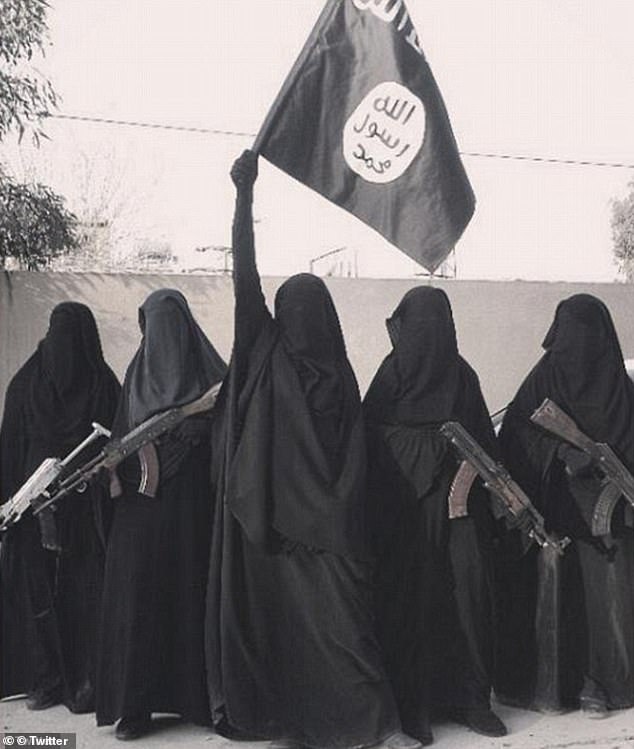 The federal government’s plan to return Australian families with ties to the Islamic State has angered a Sydney neighborhood, which feels “betrayed.”

Following a covert operation, four Australian women who had been living in the al-Roj camp in Syria since the terrorist organization’s demise and 13 children arrived in the state capital of NSW last month.

In May, the diverse, multifaith electorate of Fowler in Sydney’s west saw the election of independent MP Dai Le. She stated many of her voters had escaped persecution by IS in their native countries.

They were sent to Australia in the hopes of finding peace and security, but instead have experienced trauma as a consequence of the terrible dictatorship of ISIS, she told AAP.

Our community feels deceived since this repatriation took place without our input or taking into account how it will affect our well-being.

Ms. Le said that her community desired more government openness because they were misinformed about the choice.

Although we continue to seek the government’s involvement, communication, and cooperation, she added, “We appreciate that this is a complicated matter.

Ms. Le has backed a request for a forum to review the repatriation program made in a letter from community leaders to Minister of Home Affairs Clare O’Neil.

According to a spokesman for the minister, she has read the letter and is taking the request under consideration.

According to Ms. O’Neil, who spoke to ABC TV, the government followed the national security agencies’ recommendations and took deportation action.

She said on Friday that “national security problems are handled cautiously, tenderly, deliberately, and quietly” and that is how they were handled during this exercise.

The minister said that the danger to Australia of doing nothing outweighed the repatriation effort.

We have a sizable number of Australian children who would otherwise be raised in a camp where violent ideology has a significant impact on their lives, and I don’t believe that’s healthy for the nation, she added.

Peter Dutton, the leader of the opposition, worries that the government is disobeying national security agency recommendations.

He said that the counsel the Liberals had been given while in power had undergone a “180-degree flip.”

He said on Friday on Nine’s Today show that “the government’s role is to make sure that Australians are secure and not inject an element of danger into the system.”

“They have done just that.”

However, Jason Clare, the minister of education, said that when the Liberals were in power, they returned families, a choice that Mr. Dutton oversaw as the home affairs minister.

I’m a Western Sydney resident. Mr. Clare said on Friday on Sunrise on Seven that he wanted his neighborhood to be secure.

I have faith in our national security agencies, and we follow their recommendations.

“The (Liberal-National) alliance is being hypocritical by now claiming to be against it.” They carried out the identical action perfectly.

Sussan Ley, the deputy head of the opposition, countered that Mr. Clare was misrepresenting the situation by pointing out that the coalition government only sent eight orphaned children home on humanitarian grounds, not women.

The women who are returning today intentionally left Australia to join a terrorist state, she said, which was different from returning home for humanitarian reasons.

Following the counsel of security agencies, the coalition decided against carrying out any more repatriations.

According to Ms. Ley, communities in western Sydney have voiced concerns about the lack of engagement before to the relocation.

The communities they are currently relocating into have received such little contact. Simply put, it is inadequate, she said.

These terrorist regimes have put Australia’s way of life in danger. We must use utmost caution.

According to Ms. Ley, the administration is withholding from accountable agencies national security advice.

The Albanian government said last month that it will carry out its plan to rescue 16 women and 42 kids from the camp who are relatives of IS fighters.

The most vulnerable of those being detained were considered to be the first ones evacuated.

The extraction, which allegedly included DNA testing the subjects to demonstrate they were Australian residents, was carried out in collaboration with Kurdish officials.

Since the majority of the kids were born in Syria, they will be seeing Australia for the first time.

As their hardship may be exploited to entice more Australian Muslims to join terrorist organizations, Australian intelligence officials fear that keeping Australians in filthy camps may pose a greater danger to national security than bringing them back.

It is anticipated that everyone who is returned home would be under under surveillance by security organizations, and some of them may even be charged with terrorism since it was against the law for many people to go to Syria and Iraq at the time.

Peter Dutton, the leader of the opposition, said that the rescue operations were not in Australia’s best interests and raised the possibility of terrorism.

Australians’ safety is always the first priority, according to Prime Minister Anthony Albanese, and the government will keep acting on national security advice.

We constantly take precautions to ensure the safety of Australians.