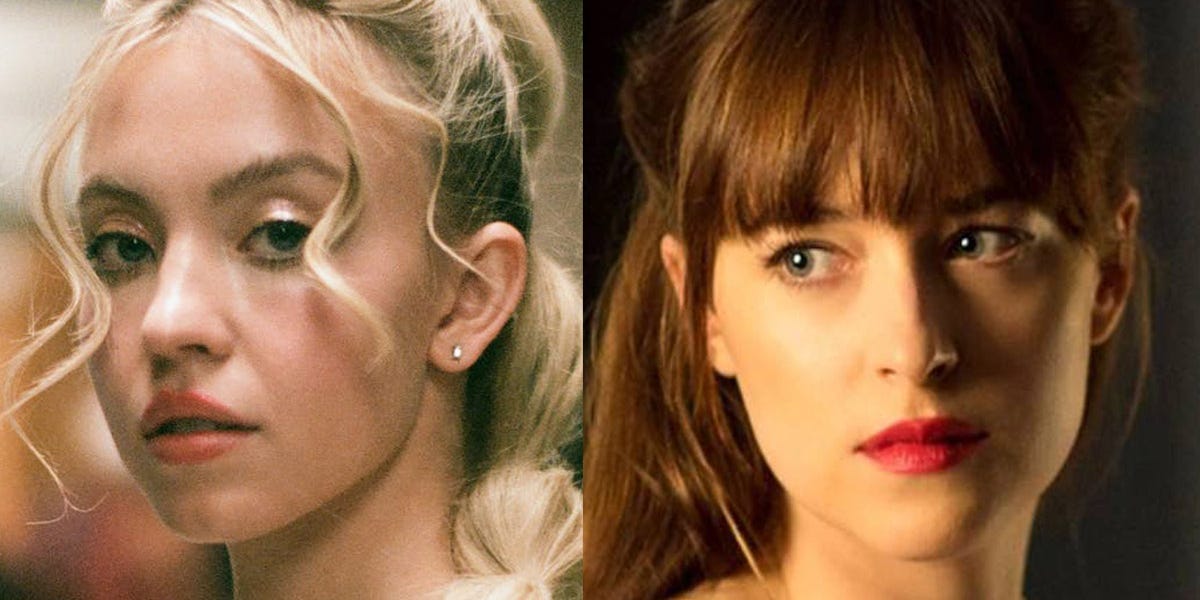 Sydney Sweeney’s career has been on the rise in recent years due to her participation in the critically praised HBO series “Euphoria,” as well as her performances in “Everything Sucks!,” “The Handmaid’s Tale,” and “Sharp Objects.”

However, the 25-year-old actress has won a leading role in Sony’s forthcoming Marvel film “Madame Web,” opposite Dakota Johnson, Emma Roberts, and Adam Scott. It is the latest installment in Sony’s “Spider-Man” world and will introduce Madame Web (Dakota Johnson), a clairvoyant who frequently appears in the comics to assist the web-slinger in dealing with various universes and timelines.

The plot and Sweeney’s part in the film are currently under wraps, although she recently spoke with Variety about collaborating with Johnson on the project.

The actor stated that she felt “a little nervous” because she much adored the “50 Shades of Grey” star after watching the film despite her parents’ restriction.

Sweeney said: “I must admit that I smuggled ’50 Shades of Grey’ into high school. My parents forbade me from seeing it, but I did so anyhow. Therefore, I am a tremendous fan of her. She is stunning.”

The film shows a sadomasochistic connection between Anastasia Steele (Dakota Johnson) and Christian Grey, so it’s easy to understand why Sweeney’s parents were hesitant to allow her to view it at a young age (Jamie Dornan).

Sydney responded, “Yes,” when asked if she had told Johnson what she thought of her “No! But, Dakota, I enjoyed working with you since you are attractive.”

Sweeney was also asked about her next projects, such as the third season of “Euphoria,” but all she could say was that filming will begin “soon,” adding that she was “freaking out” over landing the title role in Sony’s “Barbarella.”

Nonetheless, the actor joked that she keeps so much to herself. “I feel as though my entire life is a secret. It is quite difficult, “Sweeney stated.

»Sydney Sweeney was “nervous” to work with Dakota Johnson after viewing “50 Shades of Grey” in high school: “She’s so attractive«