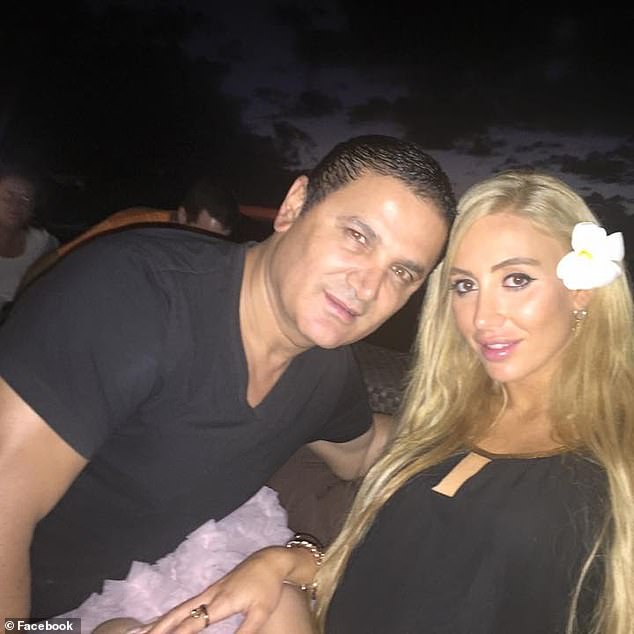 A flamboyant property developer has been charged with assault after allegedly attacking his wife who he made headlines with after he bought her a luxurious yellow Lamborghini.

Jean Nassif, 54, was arrested on Tuesday night at his multi-million dollar mansion in Chiswick, in Sydney’s inner west, and charged with common assault.

The pair are known to each other, police said.

An application for a provisional apprehended violence order protecting Nassif’s wife Nissy has been made by police, The Australian reported.

The owner of Toplace Group made headlines in 2019 after he shared a video of a $480,000 yellow Lamborghini he bought his wife as a Valentine’s Day gift on social media.

Mr Nassif welcomed the luxury vehicle into the family home and said to his wife ‘Congratulations Mrs Nassif… you like?’

His wife is seen strolling into the garage where the prized car is parked and, wearing a Gucci belt, stands beside the prominent vehicle before blowing kisses to her followers.

The Nassifs were quickly mocked for their ostentatious display with a number of meme videos popping up on social media where wheelie bins and toy trucks were among the items swapped for the luxury car.

Mrs Nassif, fed up with the meme videos, took to Instagram to respond to her haters, telling them to focus on themselves and ‘how you can provide a good luxurious life for yourselves, your wives, children and loved ones’.

Nassif was given conditional bail to appear at Burwood Local Court on May 12.