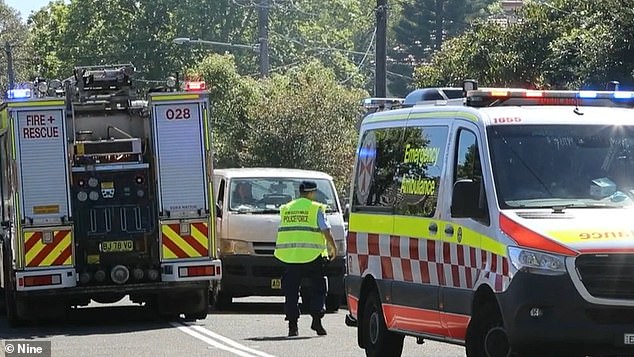 A woman tragically perished as a result of a fire that blasted through a house, sending flames soaring from the roof and windows and forcing firefighters to avoid falling debris.

Saturday afternoon, the body of an 85-year-old man was discovered in the gutted ruins of a Burwood home on Fitzroy Street in inner-west Sydney.

Superintendent Adam Dewberry of Fire and Rescue New South Wales told Daily Mail Australia that firefighters arrived to confronting scenes with flames breaking through windows and the roof and smoke billowing into the air.

“When we arrived, there was a part of the home with intense fire activity,” he explained.

“It was somewhat dangerous since the roof was crumbling and tiles were falling on the firefighters,” he explained.

The falling rubble required firemen to extinguish the fire primarily from the exterior.

Nine News stated that firefighters attempted to stop the fire and prevent it from spreading to nearby homes before the property was destroyed.

The remainder of the afternoon was spent at the scene dousing spot fires that continued to rekindle.

The police and fire department are investigating the cause and origin of the fire.

The residence has been designated as a crime scene.

Police are requesting that anyone who witnessed the incident or has CCTV or dashcam evidence contact them immediately.

The body of the woman has not yet been formally recognized.