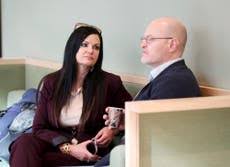 Sweden has failed to integrate the vast numbers of immigrants it has taken in over the past two decades, leading to parallel societies and gang violence, Prime Minister Magdalena Andersson said on Thursday, as she launched a series of initiatives to combat organised crime.

Many Swedes were shocked earlier this month after violent riots left more than 100 police injured. The violence erupted after a Swedish-Danish politician burned the Quran at a rally and sought to hold more in several immigrant-dominated neighborhoods.

Andersson blamed criminals and said both Islamism and right-wing extremism had been allowed to fester in Sweden, in unusually frank and self-critical comments.

“Segregation has been allowed to go so far that we have parallel societies in Sweden. We live in the same country but in completely different realities,” Andersson told a news conference.

The number of people in Sweden born abroad has doubled in the last two decades to two million, or a fifth of the population. Andersson’s Social Democrats have been in power for 28 of the last 40 years, including the last eight.

Andersson said she ‘wanted to introduce local youth crime boards where social services and police could collaborate.’ She also proposed tools to make sure that youths stayed in schools and off the streets without the consent of parents.

Sweden, which holds a general election later this year, has radically tightened its immigration policies since taking in more people per capita than any other European Union country during the migration crisis in 2015. It now has one of the bloc’s most restrictive policies.

Human rights organisation Amnesty International has been critical of Sweden’s tightening of policies, claiming it is causing human suffering and making integration even harder for immigrants.