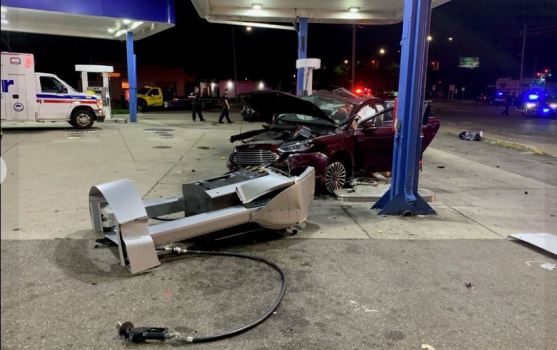 After colliding with two vehicles on Russom Street in Verulam, KwaZulu-Natal, a driver suspected of intoxication left the scene on foot.

Witnesses told Arrive Alive that the driver abandoned his vehicle and fled on foot in an unknown direction.

Additionally, two are hurt when a family home’s deck collapses.

“Thereafter, the light motor vehicle collided with a metal barrier across the road. Observers reported that the driver appeared inebriated.

The vehicle of the suspect has been turned over to the Verulam police, who are conducting an inquiry.

In a separate event, the rollover of a bakkie resulted in 18 injuries, including two serious injuries.

According to Arrive Alive, when paramedics got at the site, several people were sitting on the side of the road.

The two severely damaged victims are receiving medical attention in a hospital.

According to Arrive Alive, the paramedics determined that sixteen individuals had minor to moderate injuries, while two adults had severe injuries.

“The victims were treated, and those who were severely injured received advanced life support interventions.

According to Arrive Alive, “they were then transferred to a neighboring hospital for further care.”

Two infants were transported in critical condition and a one-year-old perished after a major accident on the N14 in Centurion on 22 December 2022.

At approximately 08:30, Emer-G-Med paramedics and other services responded to a significant motor vehicle collision on the N14.

The scene was in full disarray when the paramedics arrived.

A double cab bakkie’s mangled frame rested on its roof across the width of the road.

»Suspect drunk driver escapes the site of a collision«