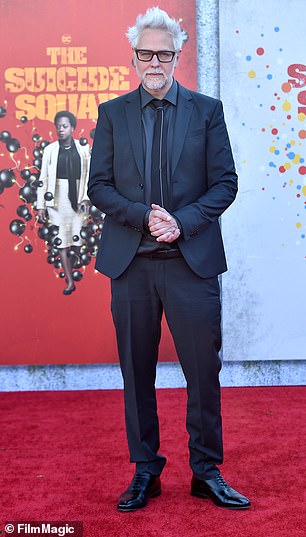 Following a series of dramatic changes for the property, Henry Cavill’s Superman became the newest victim for the DC Universe under new owners Warner Bros. Discovery.

The shocking declaration by Cavill on Wednesday that he “will not be returning as Superman” is the most recent indication that the DC brand is undergoing significant changes under the direction of new studio directors James Gunn and Peter Safran.

DC’s $90 million Batgirl movie was canceled in the latter stages of production after the merger that led to the creation of the new parent company Warner Bros. Discovery in April, and earlier this month, plans for Wonder Woman 3 were abandoned.

The 10-year masterplan for the DC Extended Universe, which will convey a coherent overall narrative across various media, is being worked on by Gunn and Safran, who came over DC Studios last month and report directly to WBD president David Zaslav.

In a statement, Gunn and Safran said that they “chose to helm DC Studios knowing we were coming into a fractious environment, both in the stories being told and in the audience itself & there would be an unavoidable transitional period as we moved into telling a cohesive story across film, TV, animation, and gaming.”

The shortcomings of that transitional phase, he said, “were ultimately overshadowed by the creative potential and the chance to build upon what has succeeded in DC thus far & to assist fix what has not.”

The writer-director Gunn is responsible for revitalizing The Suicide Squad for DC and making the Guardians of the Galaxy a household brand for Marvel.

Safran has produced several movies for Warner Bros. and New Line Cinema, including as The Suicide Squad by Gunn, Aquaman, Shazam, and the The Conjuring universe horror movies.

The two replaced Walter Hamada, who led DC Films—the organization’s prior name—through a turbulent era after the resignation of series creator Zach Snyder in 2018.

Four DC films are currently scheduled by Warner Bros. for 2023: Shazam! Fury of the God in March, The Flash in June, Blue Beetle in August, and Aquaman and the Lost Kingdom in December.

It is still unclear if Gunn and Safran will allow these releases to go without interruption and center their 10-year plan around them or whether they will make other significant alterations.

Despite having Zaslav’s full support, their extensive improvements to the DC Universe thus far seem to be swiftly adding up to expenditures for WBD.

According to regulatory documents made on Wednesday, WBD anticipates that the expenditures associated with canceled content may increase by up to $1 billion from what was anticipated in October.

The writeoffs and impairments associated with content are now anticipated to reach $2.8 billion to $3.5 billion, up from the expected $2 billion to $2.5 billion two months ago, according to WBD.

Which terminated projects the additional expenditures were related to was not specified in the submission. Several HBO programs, including Westworld and The Nevers, were recently canceled in addition to Wonder Woman 3’s recent cancellation.

Fans of the British actor were shocked when he said on Wednesday that he will not be playing Superman again, especially after he teased his return with a surprise appearance in Black Adam only two months before.

“I just met with James Gunn and Peter Safran, and I have some awful news for you all,” I said. Cavill said on Instagram, “I won’t, after all, be coming back as Superman.

This news isn’t the easiest, but that’s life, he said, after being instructed by the studio to make the announcement of his comeback back in October, before [Gunn and Safran’s] hiring.

“There is a guard change that takes place.” I honor that. James and Peter need to create a world, he said.

He said, “I wish them and everyone connected with the new universe the greatest of luck and happiest of fortunes.”

The actor went on to address, ‘those who have been at my side over the years,’ adding, ‘we may grieve for a time,’ before addressing the future of the series.

“However, we must keep in mind that Superman is still alive.” All that he represents and the standards he sets for us are still in place! said Cavill.

“The examples he sets for us are still there, and all he stands for is still true! Although it’s no longer my time to don the cape, everything Superman stands for will always exist. Upward and upward with you guys, it’s been a great journey!” Cavill summed up.

Peter and I have a DC slate ready to go, about which we are ecstatic; we will be able to reveal some exciting information about our first projects at the start of the new year,’ Gunn said.

Superman is one among them on the list. Gunn said that since the first half of the tale would concentrate on Superman’s early years, Henry Cavill won’t be portraying the role.

But we just had a terrific meeting with Henry, and we’re huge admirers. We spoke about a variety of intriguing opportunities to work together in the future, the speaker said.

In the comments of his Twitter thread, Gunn also responded to a few inquiries from fans, confirming he would write the upcoming Superman movie but not direct it.

DC fans were shocked when it was reported last week that Warner Bros. will not be continuing with Wonder Woman 3.

The Wrap reports that Patty Jenkins, who directed the previous two Wonder Woman movies, rejected studio criticism on her treatment for the third chapter, which led to the cancellation of the sequel.

Jenkins had submitted her treatment last week, and studio executives reportedly did not like it.

Warner Bros. Project Group Co-Chairpersons and CEOs Michael De Luca and Pamela Abdy were named as the ones who rejected Jenkins’ treatment and did not want to ‘go ahead with the film in its present incarnation.’

It was also said that James Gunn and Peter Safran, the studio’s new CEOs, concurred that Jenkins’ version of the movie wasn’t successful.

Jenkins and De Luca were informed of this, and Abdy questioned if the filmmaker would be open to changing the course of the sequel.

Jenkins allegedly rejected the offer from the two and blamed them for failing to grasp her goals or the course of Wonder Woman as a whole.

According to a source within the industry, “[Jenkins] let them know that they were mistaken, that they didn’t comprehend her, the character, didn’t understand character arcs, and didn’t grasp what Jenkins was attempting to achieve.”

After receiving negative test evaluations, the Batgirl origin movie was shelved in August, marking the first significant change under the new WBD administration.

According to Variety, Batgirl received its first approval in 2021 as part of a company-wide initiative to produce feature films especially for HBO Max.

Leslie Grace, a Latina actress, would have played the lead part as she fought Brendan Fraser’s character Firefly, who went to crime after losing his job, health insurance, and the ability to care for his ailing wife.

Those who have seen the now-cancelled movie claim that the costumes were poor, Michael Keaton’s Batman was only seen in a few scenes, and did not act as a mentor to Grace’s Barbara Gordon.

»Superman is DC’s next victim under new rulers«