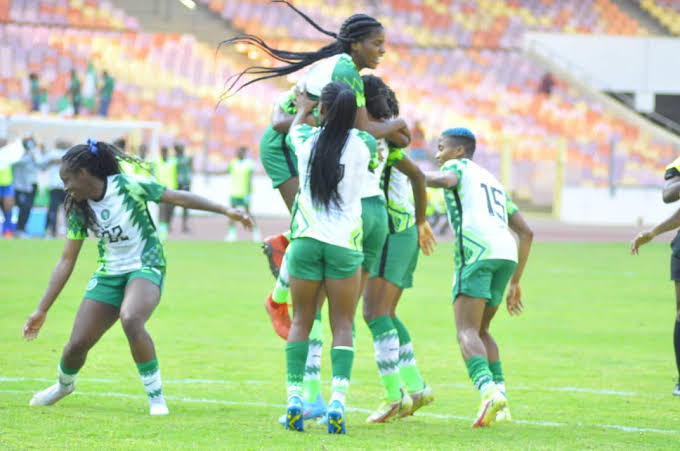 Nine-time champions Nigeria will know their group phase opponents at the 12th Women Africa Cup of Nations when the draw is staged on Monday, 25th April 2022.

Goals by new birds Ifeoma Onumonu and Esther Okoronkwo steered the Super Falcons to a 3-0 aggregate win over Cote d’Ivoire in the final round of the qualifiers in February.

In the earlier round, forward Uchenna Kanu scored both goals in Lagos to lift the Falcons past the Black Queens of Ghana, who won the return leg 1-0 in Accra.

Nigeria won the first edition of the Women Africa Cup of Nations (then known as the African Women Championship) staged in the country in 1998 and has won seven other championships.

The only times the Super Falcons did not emerge victorious in the history of the competition were when the tournaments were staged in Equatorial Guinea, in 2008 and 2012.