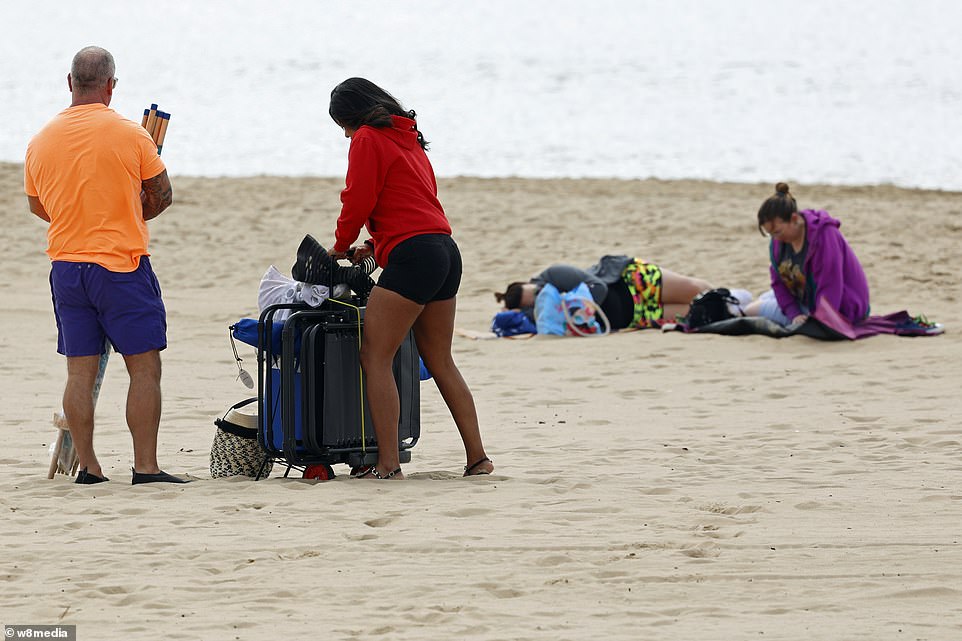 Britain is set to bask in 22C (71.6F) rays this sunny May weekend, with sun worshippers being warned of the need for sun cream ahead of next week’s warm weather.

The spring heatwave Britain has been waiting for began on Friday, which just missed out on being the hottest day of the year so far with highs of 23.3C (73.9F).

And ahead of this balmy weekend, the UK will feel more like summer than spring with the mercury expected to remain in the high teens and low 20s in the south of England.

On Friday, temperatures yesterday rivalled those of Barcelona, Athens and Istanbul.

Over the weekend, temperatures will stay in the low-20s with cloud and drizzle forecast for northern and western areas.

Saturday is likely exceed 20C in the south and 17C in the north. London and the southeast will see a few spots of drizzle but the western half of the country will be dry with lots of sunshine.

The north will see a cloudy Saturday morning with sunny spells and isolated showers developing in the afternoon.

Sunday will see plenty of glorious sunshine with some clouds and light rain later in the afternoon in Wales and the north. Temperatures will reach 19C in the south and 18C in the north.

Meanwhile, the south will see temperatures peak at 22C with dry and sunny spells on Monday.

The north will see cloudy weather with some outbreaks of rain and temperatures of 19C.

Moderate and high levels of UV are forecasted on Sunday – with the south east and south west of England to experience a UV level of 6 after midday tomorrow.

The Met Office tweeted: ‘With moderate and high levels of UV this weekend, remember to protect yourself from the sun if staying outside for any prolonged periods.’

The national forecaster also noted that pollen levels are high for many this weekend and the following days, and next week is meant to be hotter than Malibu at 26C (79F) in a two-week sizzle.

It hits an estimated ten million people around the UK, and as a sign that the suffering has started to spike, Google searches for ‘hay fever symptoms’ have soared as a high as 306 per cent.

Next week will start more unsettled in northern and western areas – but a mini heatwave could move in next weekend.

The record temperature for May was set in 1944, when the mercury reached 32.8C.

But the Met Office said the current high temperatures have been ‘particularly surprising’ as it is so early in the month.

This is thanks to a high-pressure system brought on by south westerly winds from the Azores.

Meteorologist Richard Miles said: ‘The average maximum temperature for May is 15.13C in the UK and 16.2C in England, so it’s quite a bit above that.

‘But obviously May tends to be quite a lot cooler at the start than at the end,’ he added.