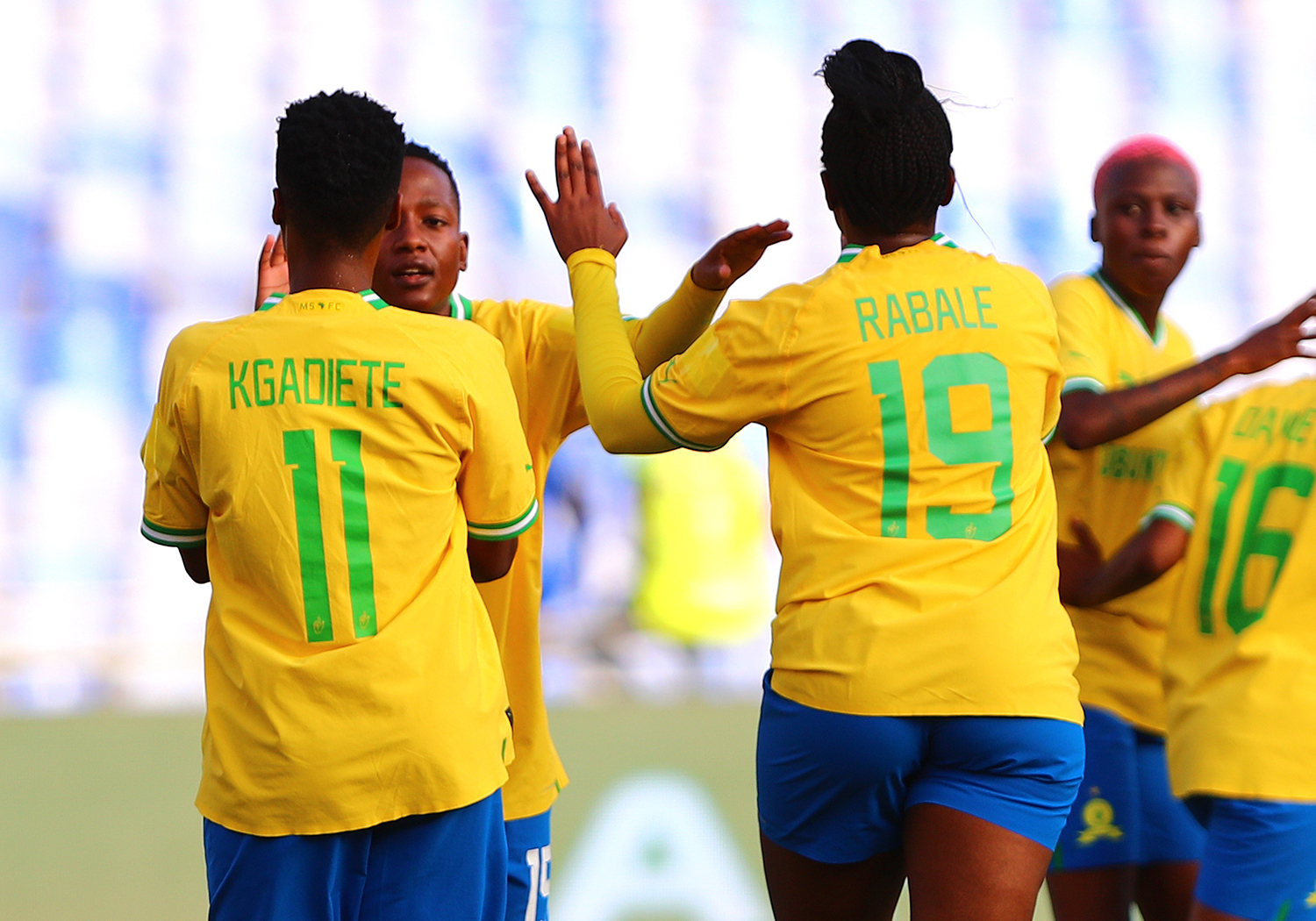 Mamelodi Sundowns Ladies will attempt to reach the final of the CAF Women’s Champions League for the second year in a row when they face Simba Queens of Tanzania on Wednesday.

The Brazilians won Group B with a 2-1 victory over Bayelsa Queens of Nigeria, followed by a 5-0 thrashing of Wadi Degla of Egypt. Banyana Ba Style scored four unanswered goals against TP Mazembe of Congo to finish Group B with a perfect record.

Coach Jerry ‘Kappa’ Tshabalala is looking forward to the upcoming semi-final matchup between the defending champions and Simba Queens.

“Preparations are going extremely well for what we expect to be a very difficult match against a formidable opponent. They are a highly solid team with great players who have upset some of the Group A favorites, so they should not be taken for granted. The knockout phase differs significantly from the group stages due to the increased degree of pressure. However, we are prepared to leave it all on the field against our opponents,” remarked Kappa.

Regarding the pressures to defend the continental championship, Coach Jerry remarked, “I am always satisfied with my squad because they are always able to provide the goods despite the rising pressures. We are aware that other teams seek to dethrone us, but through hard effort and resolve, we have been able to put our heads down and focus on our skills to win games.”

“The mood in the locker room is really upbeat, as everyone is excited to face a team that has impressed in their debut. We are an optimistic group of athletes that understand why we are in Morocco. “A difficult opponent awaits us, and we are eager to demonstrate our abilities once more,” Andile said.

Andile also lauded the development of women’s football on the African continent in light of the caliber of Moroccan teams.

“The competition has lived up to its reputation due to the caliber of its players and teams. The caliber of the teams we witnessed in Egypt last year has been surpassed in Morocco, which is positive for women’s football. Dlamini continued, “The environment here has been great, and we are thrilled to be a part of the evolution of the game.”

The 2022 CECAFA champions, Simba Queens, opened with a 1-0 loss to hosts AS FAR in Group A, but came back with back-to-back 2-0 victories over Liberia’s Determine Girls and Zambia’s Green Buffaloes to finish as runners-up to AS FAR.

The match between Sundowns Ladies and Simba Queens of Tanzania will take place on November 9 at Stade Moulay Hassan in Rabat. The match will begin at 18:00. (SAST).

In the other semi-final, Hosts AS FAR will face Bayelsa Queens of Nigeria.