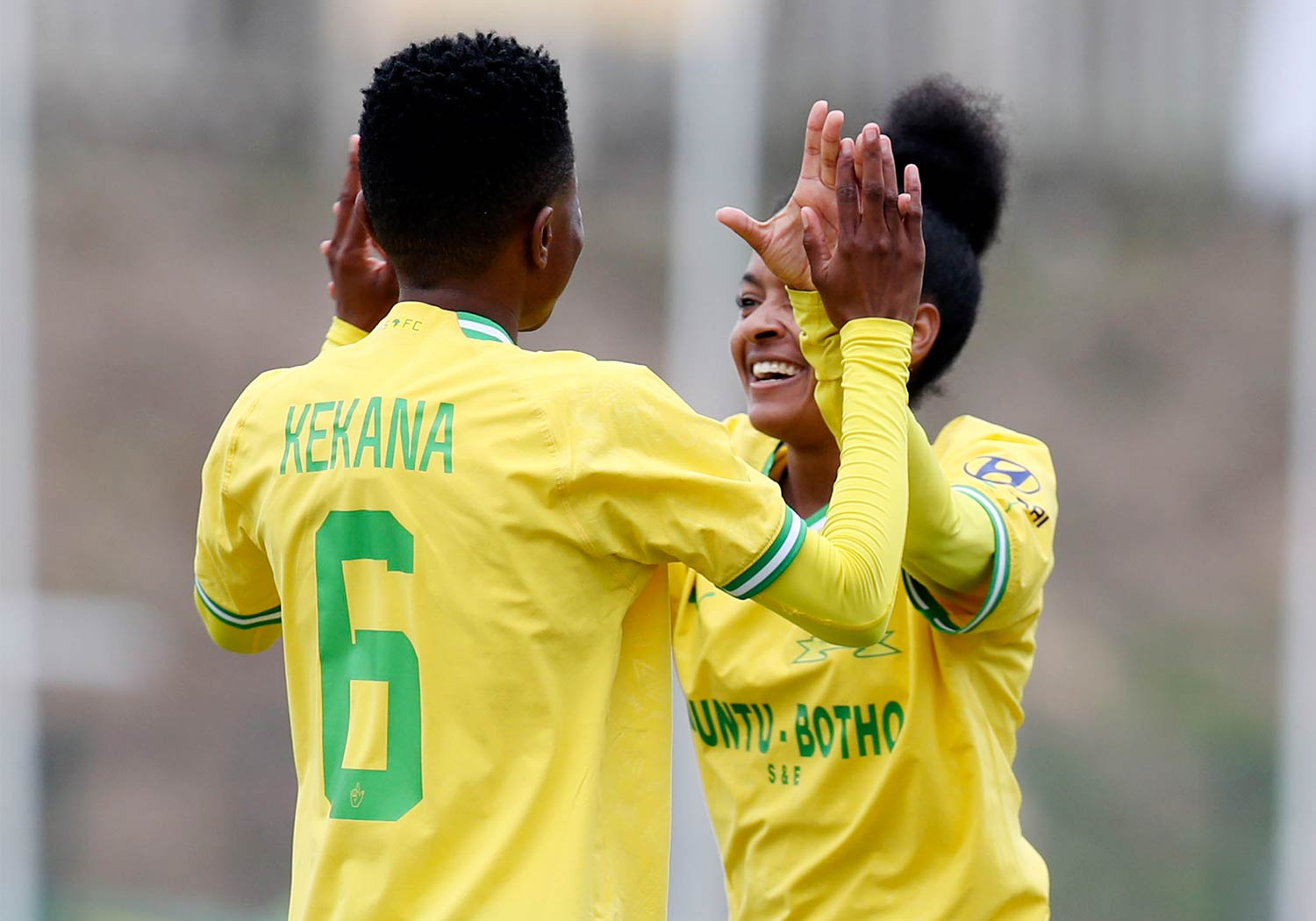 Substitutes Thalea Smidt, Rhoda Mulaudzi, and Chuene Morifi all scored to give The Brazilians a commanding victory over one of the league’s most in-form teams.

The defending champions controlled the first half, as Chuene Morifi scored her fifth goal of the year from close range. Sundowns Ladies therefore held a little edge going into the break.

Coach Jerry made some changes during the break, replacing Melinda Kgadiete with the fit Rhoda Mulaudzi and Lehlogonolo Mashigo with Thalea Smidt. Also introduced for Chuene Morifi was Karabo Makhurubetshi.

These substitutions boosted the league leaders’ momentum, and Thalea Smidt created some magic with a long-range goal to make it 2-0.

Rhoda Mulaudzi, a second substitute, helped Banyana Ba Style make a 3-0 score late in the game, and the Brazilians finished the game strongly.

“We are extremely thrilled with our performance because Bloemfontein Celtic Ladies are a very difficult opponent that understands how to win results against the top clubs,” Thalea Smidt said of her teammates, who showed great tenacity on the day. Fortunately, we showed great grit to win tonight, and we are pleased with the outcome. Being on the scoresheet is always fantastic, so it makes me glad about my goal as well.

Oratile Mokwena, who also shone in the middle of the field, was pleased with the three points.

Bloemfontein Celtic Ladies matches are never simple ones, so we are quite pleased with the result of this match. We maintained our composure and committed to the game plan as they charged at us with full force. The second half gave us even more confidence, and we are extremely satisfied with the outcome after a very difficult first half, according to Oratile.

With 55 points and a staggering 86 goals scored, the victory allowed Sundowns Ladies to keep hold of first place in the standings. Surprisingly, the Brazilians are only one goal shy from matching last season’s total of 87 strikes (in 26 games). Coach Jerry’s team still has 9 games to play.

With two more games played, TUT Ladies are now in second position, 7 points behind the Brazilians. JVW FC has 45 points, which puts them in third position.

Miche Minnies, who has 15 goals overall, outscores Boitumelo Rabale, who has 14 goals, in terms of goal scoring. Andisiwe Mgcoyi has ten goals to her name, while Melinda Kgadiete has seven. Rhoda Mulaudzi currently has six goals.

Vasco do Gama will be Mamelodi Sundowns Ladies’ next opponents in a pair of games on Wednesday, October 5 (away match), and Saturday, October 7. (home fixture).